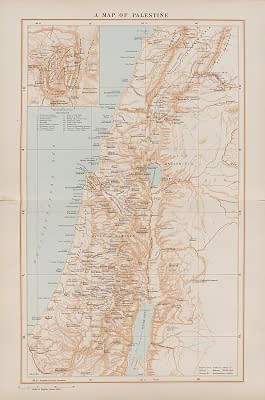 Sometimes prophecy is quite general in nature. Other times it is very detailed. The Promised Land prophecies fall into both categories. God promised Abraham “Unto your seed will I give this land” (Genesis 12:7). “This land” is rather general.

Was this promise–prophecy ever fulfilled? Some say “no,” and relegate its fulfillment to a future “millennium.” But 2 Chronicles 9:26 says of Solomon: “And he reigned over all the kings from the river even unto the land of the Philistines, and to the border of Egypt.” The NAS here renders “the river” as “the Euphrates River.” The NKJ, in a footnote, says “The Euphrates.” “The River” in this text is understood to be the Euphrates, just like it is in Isaiah 7:20.

God promised Israel land from the border of Egypt to the River Euphrates. God kept His Word, just like He always does. We can count on our God.