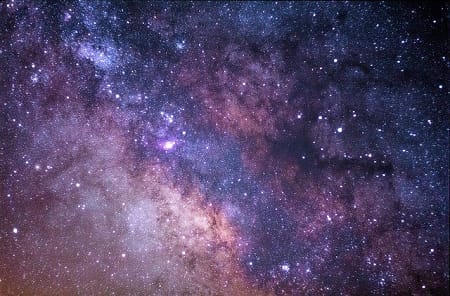 What is a “star”? In any ordinary dictionary of the English language, at least one meaning will have to do with people. Outstanding people are stars: football stars, movie stars, the star of the show. One dictionary says, “anyone who shines prominently in a calling or profession.” Stars shine. They stand out.

In the English language, “star” does not necessarily mean a heavenly body that twinkles at night. Nor in the Bible. In fact, as early as Genesis, the sun, moon and eleven stars are used in Joseph’s prophetic dream to represent people (Genesis 37). His father Jacob understood that the sun represented himself and the stars represented his other eleven sons.

Jumping to the last book of the Bible, Jesus himself said “the seven stars are the angels of the seven churches” (Revelation 1:20). Whether heavenly or earthly messengers (the meaning of “angels”) are meant, once again stars represent living beings.

The prophecy in Daniel 8:8-10 says that a little horn of a goat became so great that it threw stars down to the ground. Since Gabriel tells us who the goat is (8:21), the obvious conclusion is that these stars represent important people.

When Revelation 6:13 says that “the stars of heaven fell,” we must consider that it could well be speaking of important people. And the case is settled when we read more: “… fell unto the earth, even as a fig tree casts her untimely figs.” We today know that lots of twinkling stars could not fall out of heaven onto the earth. Just one star would be so huge that it would obliterate the earth. So it must be a prophecy about outstanding leaders. To make a proper interpretation of star prophecies, we must always consider this possibility.