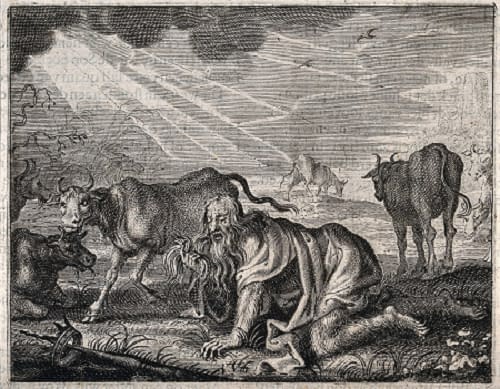 Ever wonder how Brooklyn’s Witnesses came up with the date 1914? For the moment, forget the fact that their prophecy never came true. Focus rather on how they calculated 1914.

The purpose here is deeper than showing they failed. It is a call to guard ourselves against the temptation to see prophecy where there is no prophecy. It is a call to be satisfied with the obvious fulfillment of a prophecy, without inventing a “greater” fulfillment.

I have a Watchtower book as old as 1891 and another as new as 1999. Both admit that the dream in Daniel 4 was fulfilled in Nebuchadnezzar. Of course. Daniel plainly told the king, “The tree that you saw… it is you, O king… they shall make you eat grass as oxen… and seven times shall pass over you” (verses 20-25). Then verse 28 says, “All this came upon the king Nebuchadnezzar.”

Brooklyn’s Watchtower was not satisfied in 1891 or 1999 with the text of Daniel 4. They superimpose a prophetic day equaling a year, so that 7 “times” (years) equals 2520 days equals 2520 years. They inject the idea that these 2520 years are the “times of the Gentiles.” They theorize that the “times of the Gentiles” began in 606 B.C., their date for the end of the Davidic line of kings in Jerusalem. Then simple math takes them to 1914. A.D.

Of these assorted assumptions, consider for now the day-for-a-year concept. Yes, this key can sometimes unlock a prophecy. However, in this case, it is useless. The entire text makes it clear that the prophecy begins and ends with Nebuchadnezzar. “You are the tree.” Even Methuselah did not live half of 2520 years.

God’s prophecy is marvelous as it stands! We do not need “the major fulfillment,” which Brooklyn claims. Their addition to Daniel 4 must be seen as man’s vain attempt to improve upon God.