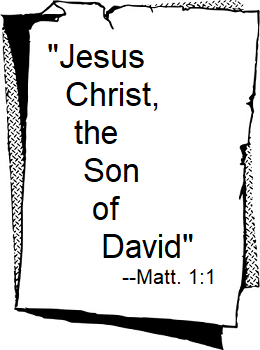 Insight #81 explored Nathan’s prophecy to David in 2 Samuel 7. Scripture shows both Solomon and Jesus–as well as the entire ancestral line between the two–fulfilled this prophecy. As David said to God, “you have spoken also of your servant’s house for a great while to come” (2 Samuel 7:19). Rather than a “double” fulfillment, this should be considered an “extended” fulfillment.

However, there is a New Testament text that might be seen as a double fulfillment of 2 Samuel 7. Hebrews 1:5, referring to Jesus, quotes 2 Samuel 7:14: “I will be to him a Father, and he shall be to me a Son.” But 1 Chronicles 28:6 said this statement referred to Solomon. Is this “double” fulfillment?

Anyone in David’s line is considered a son of David (2 Chronicles 23:1-3; Matthew 1:20). But the Messiah is “the” son of David (Matthew 21:9). In the same way, since Solomon was a son of God, his descendents would be sons of God, whereas the Messiah is “the” Son of God. Viewed in this light, Hebrews 1:5 expresses an “extended” fulfillment. To consider it a “double” fulfillment, would be to ignore the entire ancestral line between Solomon and Jesus. But the prophecy is about that ancestral line.