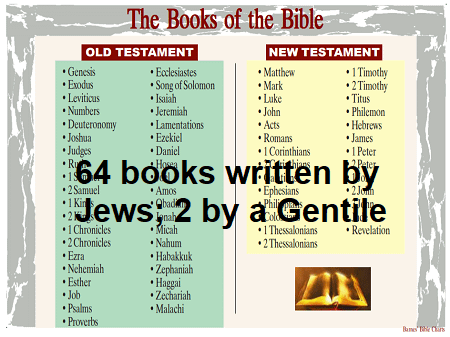 Recent Insights have focused on the Jews. The Jews failed to recognize the King and His kingdom in the first century. They are the continual objects of persecution in the twenty-first century.

But which Jews have we been talking about? Certainly not all. Recent Insights have spoken of “the Jews” in the same way they frequently are mentioned in John’s gospel. “Therefore did the  Jews persecute Jesus” (5:16). When Joseph of Arimathea desired Jesus’ body for burial, he asked Pilate “secretly for fear of the Jews” (19:38). Obviously, such references to “the Jews” does not include them all. It refers to the majority or to their leaders.

We must never forget that Jesus was physically a Jew. Mary, His mother, John the Baptist, the 12 apostles and “the seventy” were all Jews. It was in Jewish Jerusalem that the church began with 3,000 Jewish converts. In the beginning years, all the converts were Jews. The entire New Testament, except for Luke and Acts, was written by Jews. The apostle Paul, himself a Jew, asked: “Has God cast away His people? Certainly not! For I also am an Israelite, of the seed of Abraham” (Romans 11:1).

The Gospel was sent “to the Jew first, and also to the Greek” (Romans 1:16). God did not cast off His people. However, “they are not all Israel, which are of Israel” (Romans 9:6). Though large numbers of Jews acknowledged their Messiah and yielded to His Kingship, the majority did not. Frequently, when these Insights, just like the Gospel of John, speak of “the Jews,” the reference is to that unbelieving majority, past or present.

Let us not forget the minority of Jews who have given their lives to Jesus. Nor let us forget that the majority of Gentiles also reject Jesus. We are no better than they are.