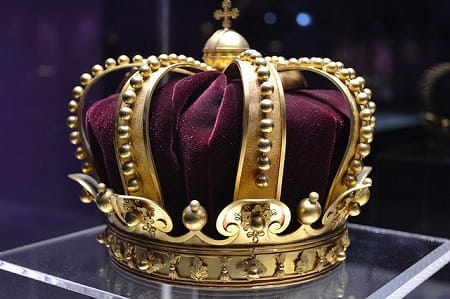 I had always thought the ancient Jewish desire for an earthly kingdom was simply based on their literal interpretation of many OT prophecies. However, an article in the “Restoration Herald,” by Charles McCoy, entitled “Understanding the Kingdom of God,” gave me some new insights. I was acquainted with the Scriptures and historical facts he mentioned, but I cannot remember ever connecting them in the way he did.

Chuck wrote, “This obsession with Israel having an earthly monarchy does not appear to have originated with God… The real pedigree of the notion of an earthly Israelite monarchy must be traced from a fleshly human desire to copy the political systems of Israel’s pagan neighbors.” If you know your Bible well, you realize Chuck is referring to Israel asking Samuel for a king. Then Chuck connected these events with the nature of the kingdom God set up through His Son Jesus.

What was God’s attitude toward Israel’s request for a king “like all the nations”? (1 Sam. 8:5). God said of Israel, “They have rejected me that I should not be king over them” (8:7). Later, Samuel called on God to send thunder and rain to testify to Israel that “your wickedness is great which you have done in the sight of the Lord in asking you a king” (12:17). No, it was not God’s idea for Israel to have an earthly king. God did indeed grant their request, but He let them know that they were wicked in rejecting Him as their King.

With that background and more, Chuck concluded that we would expect the fifth kingdom predicted in Dan. 2 to be much more “the direct rule of the invisible God over His covenant people, something more like the church than the glorified earthly ‘millennial monarchy’ envisioned by the Jews in Jesus’ time and by dispensationalists now.”

This brings to my mind one of my favorite chapters, John 6. The Jews tried to force Jesus to be their king (6:15). Jesus escaped. When they found Him the next day, He charged, “You seek me… because you did eat of the loaves, and were filled.” He further explained, “The flesh profits nothing: the words that I speak unto you, they are spirit, and they are life” (6:26, 63). Inasmuch as many in Israel desired an earthly king and kingdom rather than a spiritual one, “from that time many of his disciples went back, and walked no more with him” (6:66).

In Samuel’s day, Israel asked for an earthly king “like all the nations,” and God granted their request. In Jesus’ day, many in Israel again sought a physical king, but this time God refused. This time, God set up His kingdom, “without hands,” (Dan. 2:44-45), whether the people wanted it or not. This time, the Son of God told them, “The kingdom of God shall be taken from you and given to a nation bringing forth the fruits thereof” (Matt. 21:43).

Jesus is King now. But He is a spiritual King, not a carnal one. God told the Israelites they were wicked for wanting a king on earth like the nations. He wanted them to accept Him as their King from heaven. It is the same today. We do not await a materialistic Messiah to return and set up a kingdom “like all the nations.” Jesus reigns now, from His throne in heaven, from whence God has always reigned. Israel’s opportunity is now, not after a supposed rapture. Our opportunity is now, not in a supposed millennium. Jesus wants to be our king today. Not your kind of king, not my kind of king, but God’s kind of King.