Insight #164 — The Most Ancient Prophecy 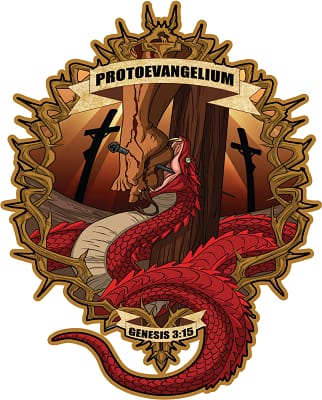 Strange thing: this word of hope was spoken to the serpent, Satan. Actually, the word of hope was for us, the human race, at the same time being a word of condemnation for the serpent, Satan. This first prophecy of the Bible is recorded in Genesis 3:15. God said to the serpent: “I will put enmity between you and the woman, and between your seed and her seed; it [the seed of the woman] shall bruise your head, and you shall bruise his heel.”

This theme is picked up in Abraham, when God tells him: “In your seed shall all the nations of the earth be blessed” (Gen. 22:18). The theme continues when God tells King David: “I have sworn unto David my servant, Your seed will I establish for ever” (Psalm 89:3-4). Far more than a dry genealogy, the list of names in the opening verses of the New Testament begins this way: “The book of the generation of Jesus Christ, the son of David, the son of Abraham” (Matt. 1:1). Paul confirms these connections when he says in Gal. 3:16: “Now to Abraham and his seed were the promises made. He says not, And to seeds, as of many; but as of one, And to your seed, which is Christ.”

All Scripture leads us to believe that Jesus Christ is the seed of the woman who would bruise Satan’s head. But in the process, Jesus himself would be bruised. We all know the tragedy of Calvary, and it is interesting that when Isaiah foretold Calvary, he included the concept of bruising: “He was wounded for our transgressions, he was bruised for our iniquities” (Isa. 53:5).

What might seem as a defeat for Jesus was actually victory for Him — and us — and defeat for Satan. Hebrews says regarding Jesus: “that through death he might destroy him that had the power of death, that is, the devil” (Heb: 2:14). John concurs: “For this purpose the Son of God was manifested, that he might destroy the works of the devil” (1 John 3:8). Jesus’ death, with His resurrection, was a head blow to Satan. As Jesus said: “Now is the judgment of this world: now shall the prince of this world [Satan] be cast out. And I, if I be lifted up from the earth, will draw all men unto me” (John 12:31-32).

The original human pair sinned, bringing untold grief into the world. However, from the very beginning, God planned to have His Son take on human flesh so that Satan’s temporary victory over the human race might be turned into his permanent defeat. In a nutshell, the Genesis 3:15 prophecy gives us the central message of the entire Bible.