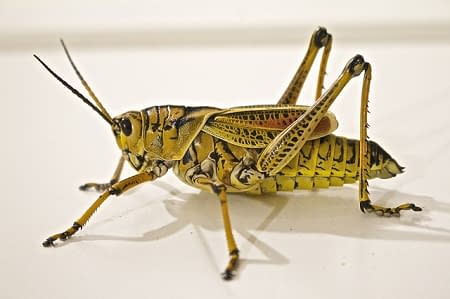 What sort of locusts are these in Rev. 9:1-12: shaped like battle horses, with crowns like gold, faces like men, hair like women, teeth like lions, with breastplates of iron, and tails like scorpions? They swarm out of smoke from the abyss as the fifth trumpet is sounded. According to the historical interpretation of Revelation, the first four trumpets predict the barbarian invasions that caused the fall of the Western Roman Empire in A.D. 476. What happened after that to fulfill the prediction of these locusts?

Transforming figurative language into historical reality, we may envision a fierce cavalry, whose warriors wore beards, long hair, and turbans, swarming forth torturing their opponents. After the fall of Rome, nothing fits this picture better than the Islamic hosts that poured out of Arabia, subjecting every nation they could to Islam. Even Bible scholars who reject the historical view of Revelation agree that there is an amazing agreement between the figures of the fifth trumpet and the historical conquests of the Arabs.

There is great debate today as to whether Islam is a violent or a peaceful religion. I have no doubt that there are peace-loving Muslims as well as terrorist Muslims today; but this is not the question. The question is this: What is the essential nature of Islam as seen in the life of its founder, Mohammed, and in the events of the first two centuries of Islam? In other words, in the 7th and 8th centuries, how did Islam spread from India through all the Middle East, across all North Africa, and into Spain? There is only one answer. By force of arms.

As predicted in verse 5 their principal aim was not to kill, but to torment. It is true that multitudes were slain on both sides. However, to “people of the book” (Jews and Christians) the Arabs offered a choice: “the Koran, the tribute, or the sword.” Many believers decided they preferred to cling to faith in Christ and pay taxes, rather than fight or follow Mohammed.

No time limit is placed on the duration of the smoke, but the torment of the locusts is limited to 5 months (verse 5). Applying the day-for-a-year rule, that is 150 years. Yes, the smoke of Islam continues powerfully to this day, but the initial violent thrust of the Arabian “locusts” was limited to 150 years. The violence began shortly after Mohammed escaped from Mecca to Medina in 622. Within months, “the prophet” made a call for war on the idolaters, and he personally led many of the battles. Within ten years, by force of arms, a good portion of Arabia was subjected to him. Within months of his death in 632, the Muslim “locusts” burst forth from Arabia, launching an amazing conquest stretching from the borders of China to within France. By 750, the Arab expansion basically had come to a halt. A new Muslim dynasty began an empire policy of allowing all Muslims to have the same privileged status as Arabian Muslims. In 762, the new Muslim leaders laid the foundation of a new capital at Baghdad, also called “The City of Peace.” As the 150 years of initial torment were ending, the Muslim world was entering its Golden Age.

Yes, the physical damage Islam did–and does–is a source of torment. However, the damage Islam causes to souls is of far greater and eternal consequence. The smoke that darkened the sun has never ceased to pour forth from the bottomless pit, darkening the Sun–the Son–and blinding men to the truth of the Gospel.

For about 150 years, the “locusts” wielded the sword, attempting to force the world to submit to Islam. Early Christianity, in great contrast, spread throughout the world with the aid neither of the sword nor of worldly governments. Before Constantine, followers of Jesus chose to be killed rather than to kill. And true Christians today understand that the physical battle is not our call. Paul declared that, as followers of the crucified Lord, “we do not war after the flesh: (for the weapons of our warfare are not carnal, but mighty through God to the pulling down of strongholds;) casting down imaginations, and every high thing that exalts itself against the knowledge of God, and bringing into captivity every thought to the obedience of Christ” (2 Cor. 10:3-5). Early Islam spread its falsehoods by the sword of steel. Early Christianity spread its truths by the Sword of the Spirit.