Insight #229 — What Was the Forbidden Fruit? 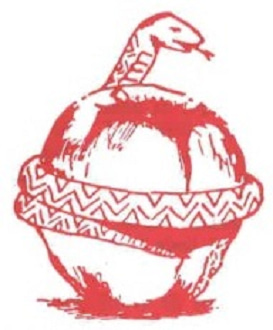 A well-known myth says the forbidden fruit was an apple. They even call that protrusion in your throat an Adam’s apple. The Bible, however, does not name the fruit. Genesis 3:3 simply calls it “the fruit of the tree which is in the midst of the garden.” And Genesis 2:17 identifies that tree as “the tree of the knowledge of good and evil.” That’s all the identity Scripture offers. We simply do not know what kind of fruit it was, nor does it matter.

An issue that does matter is the belief that the forbidden fruit was sexual relations. When Adam and Eve ate the fruit, “the eyes of them both were opened, and they knew that they were naked” (Gen. 3:7). Then they sewed fig leaves together to make aprons and vainly attempted to hide from God. Upon sinning, they were ashamed of their nakedness. This would seem to connect the eating of the fruit with nakedness, and thus with sex. But is this a valid connection?

Before Adam and Eve ever ate the forbidden fruit, God had instructed them to “be fruitful, and multiply, and replenish the earth” (Gen. 1:28). Prior to the twentieth century, when “test tube babies” were developed, it was impossible to be fruitful and multiply without a man and woman uniting sexually. Thus, when God told them to multiply, He was telling them to have sexual relations. After all, it is God who designed the human body with male and female sexual characteristics. This truth is further confirmed when God said: “Therefore shall a man leave his father and his mother, and shall cleave unto his wife: and they shall be one flesh” (Gen. 2:24). Although Genesis is not clear as to who said that, Jesus told us that it was God (“he who made them”) who spoke those words (Matt. 19:4-5).

What does “one flesh” mean? Wedding ceremonies sometimes express the desire that the new couple be “one in name, one in aim, and one, we trust, in a happy destiny.” That’s all good and wonderful. But is that what “one flesh” means? The apostle Paul cleared this up for us when he wrote to the church in Corinth about marriage and sexual immorality. Among other concepts, he said: “What? Know you not that he who is joined to a harlot is one body? For two, says he, shall be one flesh” (1 Cor. 6:16). What’s that? A man and a prostitute “one flesh”? No one will claim that a man and a prostitute are one in any sense of the word except in sexual relations. So, even though they are not married and are sinning against God, yet they become one flesh.

So where did the idea come from that the first sin was sexual relations? Where did the idea come from that celibacy is more holy than marriage? Not from God. Perhaps we have a clue in 1 Tim. 4:1-3: “Now the Spirit speaks expressly, that in the latter times some shall depart from the faith, giving heed to seducing spirits, and doctrines of demons; speaking lies in hypocrisy; having their conscience seared with a hot iron; forbidding to marry…”

This text is not speaking of licentious living; it is speaking of a doctrine which upholds an opposite extreme — prohibiting marriage. The text says, “doctrines… lies… forbidding.” Like forbidding bishops (and priests and popes) to marry, whereas Holy Scripture demands: “A bishop then must be blameless, the husband of one wife” (1 Tim. 3:2). It is true that the prediction in Timothy 4 (see previous paragraph) found fulfillment in certain Gnostic sects of old. Nevertheless, it is also true that kindred doctrines exist to this day. “Forbidding to marry,” instead of being a holy doctrine, is, to quote the Holy Spirit, among “doctrines of demons,” linked to “lies,” and involves those who have a “conscience seared with a hot iron.” Forbidding church leaders to marry is the direct opposite of God’s will for His church.

Rome sanctifies celibacy, even of a married person, claiming that Mary, the mother of Jesus, was a perpetual virgin. They claim her husband Joseph just acted as her guardian and protector. But you don’t marry someone with the sole purpose of being a guardian. Scripture says that an angel told Joseph: “Joseph, you son of David, fear not to take unto you Mary your wife… Then Joseph being raised from sleep did as the angel of the Lord had bidden him, and took unto him his wife, And knew her not till she had brought forth her firstborn son: and he called his name Jesus” (Matt. 1:20-25). So Joseph took Mary as his wife, as God’s angel told him.

It is true that Jesus spoke of those who are celibate (“eunuchs”) “for the kingdom of heaven’s sake” (Matt. 19:10-12). Paul, also, spoke in 1 Cor. 7 about advantages of being celibate (unmarried). Nevertheless, both Jesus and Paul put limitations on those teachings. Jesus introduced the topic with: “All men cannot receive this saying, save they to whom it is given”; and he concluded it with “He that is able to receive it, let him receive it.” Paul put various limitations on the concept, including the opening words of the chapter: “Now concerning the things whereof you wrote unto me: It is good for a man not to touch a woman. Nevertheless, to avoid fornication, let every man have his own wife, and let every woman have her own husband.”

Thus, God does not command celibacy for anyone; and he specifically commands that bishops and deacons cannot be celibate (1 Tim. 3:2, 12). Now, what about Mary? Celibate within marriage? That denies the very essence of marriage established by God: “They shall be one flesh.” In that regard, Paul, as quoted above, says that men and women should marry to avoid fornication (sexual relations outside of marriage). His very next words are: “Let the husband render unto the wife due benevolence: and likewise also the wife unto the husband. The wife has not power of her own body, but the husband: and likewise also the husband has not power of his own body, but the wife. Defraud not one the other, except it be with consent for a time, that you may give yourselves to fasting and prayer; and come together again, that Satan tempt you not for your incontinency” (1 Cor. 7:3-5). If Mary remained a virgin after marrying Joseph, she was guilty of defrauding him.

What Was the Forbidden Fruit?

So what was the forbidden fruit? The Bible is filled with many symbolisms and figures of speech. But before we determine that a particular word, phrase, or passage is figurative, we must have good reason. We have seen that the forbidden fruit cannot have been sexual relations. Genesis offers no other clues to cause us to consider the fruit to be a figure of anything else. I suspect the major reason some people see the fruit as figurative is because eating one fruit seems far too inconsequential for God to make it a big issue, causing such extreme punishment.

Surely, eating one fruit cannot be bad. But eating the fruit, in and of itself, was not the issue. The issue was that God said, “You shall not eat it.” The issue was whether Adam and Eve would obey their Creator, their Maker, their God! There is something immensely important here. By prohibiting the pair from eating the fruit of that particular tree, God was offering them the alternative of choosing between fulfilling divine will or fulfilling human will. It was a test of humility and obedience. It was, indeed, setting into motion freedom of will — for the entire human race. The almighty Creator was actually offering his creation freedom of choice — with consequences, of course. Man was “free” to choose. This was the consequential issue involved.

The principal problem of mankind (us) is that we are proud and selfish. We want to argue with God. It seems to us that it is unjust to forbid eating a good fruit. Indeed, when Satan spoke to Eve, he indicated as much: “For God does know that in the day you eat thereof, then your eyes shall be opened, and you shall be as gods” (Gen 3:5). Just as Eve rejected God’s word because the fruit was “good for food, and that it was pleasant to the eyes, and a tree to be desired to make one wise” (3:6), so we today reject many of God’s commands because Satan tells us (and we believe) that the command is not fair, does not make sense, and God is holding out on us. Because of our rebellious attitude, we prefer to put in place our own judgments instead of accepting the judgments of God.

The Bible was written, among other reasons, to show us that we are sinners, and that sin is horrible, condemns us, and separates us from God. Praise God, the Bible was also written to offer us salvation from this condemnation. Life is a great testing ground. Nearly the last words of the Bible are “whosoever will.” What is your will? To follow the insinuations of Satan, or to do the will of our Creator, our God?