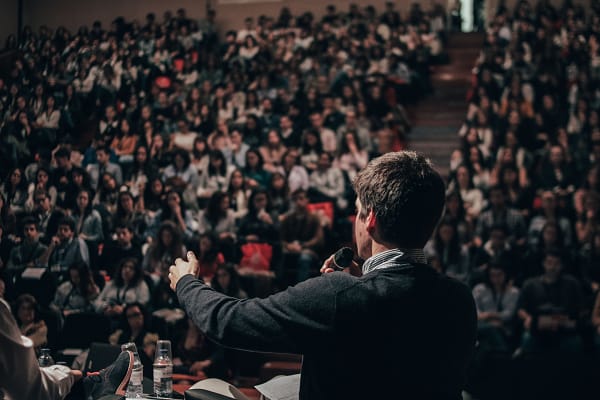 Some churches have made national headlines because they have refused to listen to governmental orders to cancel all gatherings of more than ten (more or less) people. Various lawsuits regarding the bans have already been filed.

A pastor in one state is charged with a misdemeanor for holding services. His response is that the government is infringing on freedom of religion as guaranteed by the First Amendment. He invokes God’s mandate to assemble and further exhorts believers not to fear persecution for assembling.

A megachurch pastor in another state was actually arrested for unlawful assembly that violated public health orders. The church says it should not be classified as “nonessential.”

Such cases seem to be a tiny fraction of the churches in the USA. Nevertheless, they raise issues worth considering.

Thank God for the First Amendment of the US Constitution, which guarantees freedom of religion. There is no question that nowadays there are many attacks upon that freedom in the USA as well as elsewhere. Court cases abound all the way to the Supreme Court. Is the current situation another one of those attacks?

We are in the midst of the worst worldwide pandemic in a century. Whether on a national, state, or local level, the prohibitions (either mandatory or advisory) are seldom directed specifically at churches. They are directed at assemblies of all kinds, including America’s beloved sports. Whether the current restrictions are perfect or not, they seldom have anything to do with discrimination or persecution of anyone. (The handful of cases in the USA where discrimination may be involved are certainly not the rule.) Anybody today who knows anything about disease knows the danger of contagion. As expressed in Insight #302, the current restrictions are about loving our neighbor. And they are temporary, lasting until the pandemic calms down.

But Aren’t We Commanded to Assemble?

Aren’t churches “essential” in God’s eyes? Most assuredly. Isn’t worship “essential” to our eternal salvation? Absolutely! God commands, “Let us consider how to provoke one another to love and good works, not forsaking our own assembling together” (Heb. 10:24-25).

I believe most churches are still gathering together as best they can. The threat of contagion varies from place to place, as do the governmental mandates. Even the size of a congregation can affect viable options. Our local congregation, like many if not most, continues to meet – online. We not only listen, we also see each other, talk to each other, and share in discussing Scripture. We even partake of the Lord’s Supper together every Lord’s Day. It is a time of worship and fellowship.

It is not uncommon for laws to conflict with one another, whether man-made laws or laws from God. In the OT, one of the major complaints God had with the children of Israel was their breaking His commandment to rest on the Sabbath. Later, a major complaint the clergy had with Jesus was His “working” (healing) on the Sabbath. Although the Sabbath law is not binding today, Jesus’ handling of those complaints is very instructive for moral and spiritual issues we face today.

For example, Jesus said, “‘Which of you, if your son or an ox fell into a well (pit), wouldn’t immediately pull him out on a Sabbath day?’ They couldn’t answer him” (Luke 14:5-6). God’s law at that time prohibited work on the Sabbath. However, if the urgent well-being of a son or even an animal was in question, then – yes – on the Sabbath it was lawful to work to rescue them.

The current restrictions on gatherings, whether church or otherwise, are about saving lives, about not killing people via contagion. They were not put into place to restrict religious expression. Those who have persisted in meeting in normal assemblies are endangering lives. Temporarily, the law of love supersedes the law to assemble in the normal fashion. As Jesus expressed this principle on another occasion, “You go and learn what this means: ‘I desire mercy, and not sacrifice'” (Matt. 9:13). Yes, learn.

Some people have the attitude that we should disobey civil mandates against assembling because God will protect us from the pandemic. Wait a minute. In Proverbs 22:3 the God of the Bible said, “A prudent man sees danger, and hides himself; but the simple pass on, and suffer for it.” Do not recklessly do whatever you feel like and then trust God to save you from your lack of prudence. If a fire broke out in the church building during a worship service, who would just remain seated and trust God to protect their foolishness?

Not fear death? Correct. But that doesn’t mean to tempt death. Jesus once said, “When they persecute you in this city, flee into the next” (Matt. 10:23). The apostle Paul’s life was filled with danger. It was also filled with his moving out of harm’s way again and again. When persecuted in one city, he went to the next.

For most of us, at the present time, it is not prudent to physically assemble in the normal fashion – but we are assembling anyway – via the Internet. Thank God for that technology! In this way we are obeying God’s command to assemble while not putting one another in danger of sickness and even death.

In short, the present temporary governmental restrictions are not a case of persecution. They are not an assault on freedom of religion. Whether governmental actions are perfect or not, they are an attempt to help contain the spread of this awful pandemic. It’s about saving lives, about not putting others at risk. If we are loving our neighbors, doing what we can to protect them and save lives, then we are indeed obeying God.