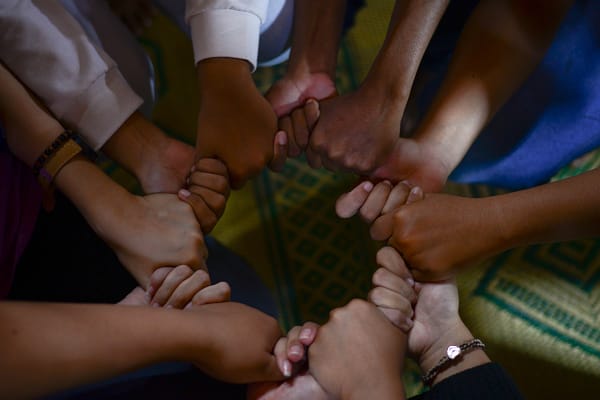 Do the deaths of any of these touch your heart more than any others? If so, why?

There is a human tendency to classify people by race, color, nationality, sex, age, wealth, education, profession, etc. Once we have them classified, we know all about them. That’s a lie! It’s called prejudice – to prejudge. We judge when we know virtually nothing about them. Hispanics are… Europeans are… Evangelicals are… Liberals are… Muslims are… Today’s youth are… Rich people are… Poor people are… Is there a single one of us (starting with myself) not guilty at times of classifying others?

Discrimination with prejudice is a world-wide pandemic. It is the “us” vs. “them” mentality. It is a heart problem that knows no boundaries. It is a problem of the human condition.

Consider the following samples, all but the last within my lifetime. The list is only illustrative. You can add many, many more examples. They range from non-violent prejudice to genocide.

Brooklyn, NY: Puerto Ricans and African Americans fighting one another.

Worldwide: Every month, millions of defenseless unborn children are sacrificed on the altar of sexual pleasure.

USA: Based solely on stereotype, a white American was sure his Muslim barber would slit his throat if he could get away with it.

USA: A youth of mixed parentage, neither very white nor very black, experienced prejudice from both sides of the color divide.

Northern Ireland: White Catholics and white Protestants murdered one another.

USA: After 9-11, considerable increase in violence against Muslims who had nothing to do with the attack.

Samaria, Palestine: Disciples of Jesus wanted to obliterate a Samaritan town because the Samaritans denied them lodging.

The real solution to prejudice is found in Jesus! The reason the heading above includes the word “possible” is because so many people throughout history, including professed Christians, have not grasped Jesus’ message. Out of a wealth of material, we will limit today’s thoughts to Jesus and the Samaritans.

One day as Jesus arrived at a well in Samaria, a woman came to draw water. She was quite surprised that Jesus asked her for a drink: “‘How is it that you, being a Jew, ask for a drink from me, a Samaritan woman?’ (For Jews have no dealings with Samaritans)'” (John 4:9). Jesus ignored her question about race relations and headed directly into spiritual matters.

Another time, when Jesus and His disciples were denied a night’s lodging in a Samaritan town, James and John wanted to destroy it with fire from heaven. They had the good OT precedent of Elijah. But Jesus “rebuked them, ‘You don’t know of what kind of spirit you are. For the Son of Man didn’t come to destroy men’s lives but to save them'” (Luke 9:55-56). Even today, many Christians do not grasp that the spirit of the NT is very different from that of the OT. The New Testament spirit does not destroy men’s lives nor their property. True Christians neither discriminate against nor seek revenge on their enemies. They preach the gospel of Jesus to them. They treat everyone as equals.

Then there is the famous “Good Samaritan” (Luke 10:25-37). Did you ever notice how Jesus, the Master Lawyer, upended the question of the Jewish lawyer? The lawyer asked, “Who is my neighbor?” Jesus never answered. Rather, He turned the question on its head: “Which of these three do you think seemed to be a neighbor to him who fell among the robbers?” The lawyer wanted to classify people. Jesus told the lawyer to classify his own heart. Forget about who “they” are. It’s a question of who I am going to be. Will I do good like the hated Samaritan did?

Whether black, white, brown, rich, poor, young, old, believer, non-believer, whatever – don’t ask if someone belongs to “us” or “them.” Ask yourself if you are going to act like a neighbor to that someone, whoever he or she is.