Insight #324 – Should a Christian Tithe? 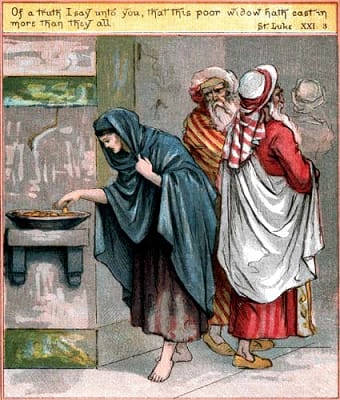 Answering either “yes” or “no” to the tithing question may be more misleading than helpful. Before considering a better approach, let’s explore the problems with “yes” and “no.”

The Problem with “Yes”

The legalistic Pharisees meticulously tithed “mint, dill, and cumin,” (Matt. 23:23), yet they “were lovers of money” (Luke 16:14). You can tithe and still be covetous. Answering “yes” to the tithing question can be a temptation to stop there and ignore the many NT teachings about giving.

Some believers point out that tithing is mentioned twice even before the Law. Mentioned, yes; commanded, no. As for Abraham, there is no indication he regularly tithed. Rather it was a one-time tithe given to Melchizedek from the spoils of war. More on this later. As for Jacob, he dared to bargain with God: “If God will be with me… and will give me bread to eat, and clothing to put on… then… of all that you will give me I will surely give a tenth to you.” (Gen. 28:20-22). “If… then.” Hardly an example for Christians.

The Problem with “No”

Answering with a simple “no” also brings up problems. A Christian can then feel satisfied with giving much less to the church and those in need. I have seen where “you don’t have to tithe” was a principal motive for leaving a church that demanded a tithe to join one that did not. What a motive: “Now I don’t have to give so much!”

Those who say “no” to tithing do correctly point out that we are not under the Law. But does this mean that God is pleased when we give less than the Jews were required to give? Does Scripture teach that after I pay all my expenses, God will be happy with my leftovers?

Although the NT has no command to tithe, the tithe is discussed in Hebrews 7, where Melchizedek is declared to be a type of Jesus. The text has its difficulties, but whatever the proper implications may be, Hebrews 7 cannot be ignored when considering what the NT has to say about tithing.

In short, a basic problem with both the simple “no” and “yes” answers is that too much emphasis is placed on ten percent, whereas the emphasis in the NT is much different.

Rather than arguing about ten percent, how about an open-ended question such as, “What does the NT teach about giving?” Let’s explore some of the texts.

First submit to God
“They gave of their own accord… first they gave their own selves to the Lord… ” (2 Cor. 8:3-5). Have we arrived at this level of spirituality regarding the money God has placed in our hands?

Not under compulsion – Determine in your heart
“Let each man give according as he has determined in his heart, not grudgingly or under compulsion, for God loves a cheerful giver” (2 Cor. 9:7). This verse does away with churches telling members how much they must give. Rather, each person is to determine in their own heart. This speaks of careful and prayerful deliberation – and not just with the head, but with the heart. A heart that loves God above all else. A heart filled with love for neighbor. A heart that does not love money.

Witnessing a certain widow in the temple, Jesus taught something very different from a fixed percentage. He said, “This poor widow gave more than all those who are giving into the treasury, for they all gave out of their abundance, but she, out of her poverty, gave all that she had to live on” (Mark 12:41-44). With her “two small brass coins” she gave more than all the rich persons who “cast in much.” How did she give more? Because after she gave, she had nothing left, while the rich had an abundance left over. An extreme example, yes, but it gives us plenty to meditate on.

Another way to look at it is that the more a person earns, the higher percentage they are able to give. Let me illustrate with my own extreme example. If a billionaire gives 99% of his money, he still has ten million left!

Among other things, the OT tithing law appears to say that God requires substantial giving, not a pittance, not leftovers. In Christ Jesus we have so much more than the Jews had under the Old Law. Can you think of any New Testament principle that would guide you to give less than the Law required of the Jews?

Personally, long ago I determined in my heart that ten percent of my income would be my bare minimum giving – a baseline upon which to build.

What have you determined in your heart?

A related Insight: #317-Treasure in Heaven