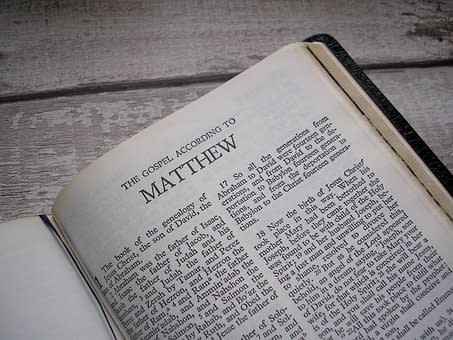 Everybody knows the twelve apostles were close companions of Jesus. But how were they different from other disciples? What was their work? When an apostle died, how was he replaced? Are there apostles in the church today?

What Is an Apostle?

“Apostle” means “messenger,” “one sent.” Just as “elders” are not always church leaders, but sometimes just older people, so “apostle” is a few times just someone sent. Barnabas, for example, was once called an apostle along with Paul after they were sent out by the church in Antioch (Acts 13:1-3; 14:14). Jesus himself is called an Apostle in Heb. 3:1. But it is clear in the NT that “apostles” usually refers to a select group of men.

One day, after a night in prayer, Jesus “called his disciples, and from them he chose twelve, whom he also named apostles” (Luke 6:12-13). In the Gospels, they are sometimes called “apostles,” sometimes “the twelve,” and sometimes simply “disciples.” All apostles were disciples, but not all disciples were apostles.

Between Jesus’ ascension and Pentecost, Peter told 120 disciples that they needed to replace Judas: “Of the men therefore who have accompanied us… from the baptism of John, to the day that he [Jesus] was received up… one must become a witness with us of his resurrection” (Acts 1:21-22). Two qualifications: 1) with Jesus for His entire ministry, and 2) a witness of Jesus’ resurrection. Matthias was chosen to replace Judas.

The night Jesus was betrayed, he had told the apostles, “When he, the Spirit of truth, has come, he will guide you into all truth” (John 16:13). That’s why, from Pentecost onward, the Christians “continued steadfastly in the apostles’ teaching” (Acts 2:42). Not anybody’s teaching. The apostles’ teaching. Jesus’ church was “built on the foundation of the apostles and prophets” (Eph. 2:20).

The apostles had priority: “God has set some in the church: first apostles, second prophets…” (1 Cor. 12:28). “The mystery of Christ… has now been revealed to his holy apostles and prophets in the Spirit” (Eph 3:4-5). Peter spoke of “the commandment of us, the apostles of the Lord” (2 Peter 3:2). Clearly, the apostles were/are the inspired source of truth.

In the specific sense of the chosen, authoritative body of men in the church, could there be more than twelve?

Acts 1 is the only time that qualifications are given for an apostle: 1) be with Jesus His entire ministry, and 2) be a witness of the resurrection. Clearly, after the first century, no one could fulfill those requirements. In addition, after the church began in Acts 2, the apostles never gathered to choose another apostle. When James was martyred (Acts 12:2), no successor was appointed.

How about Paul? A special case indeed.
Item 1: Just like the twelve, Paul was chosen directly by Christ: “Paul, an apostle–not from men, nor through man, but through Jesus Christ” (Gal. 1:1). The twelve had nothing to do with it.
Item 2: Just as the twelve were instructed directly by Jesus, so was Paul. “Concerning the gospel which was preached by me… I didn’t receive it from man, nor was I taught it, but it came to me through revelation of Jesus Christ” (Gal. 1:11-12).
Item 3: Although he was not with Jesus in His ministry, Paul was a witness of the resurrection: “Am I not an apostle? Haven’t I seen Jesus Christ, our Lord?” (1 Cor. 9:1).
Item 4: Paul proved his apostleship by miracles. Speaking of himself, he reminded the Corinthians, “Truly the signs of an apostle were worked among you in all perseverance, in signs and wonders and mighty works” (2 Cor. 12:12). Paul is indeed a special case, with no other like him before or after.

First, keep in mind that Matthias did not succeed Judas; rather, he replaced that wicked traitor before the church began.
Second, “succession,” in the simplest sense, refers to one thing following another. Clearly in the NT, multitudes of bishops were not successors of the apostles, but rather contemporaries.
Third, more specifically, “succession” refers to succeeding in the same role or position. However, even Rome makes no claim that there were more apostles after the twelve and Paul. Rome’s claim is really about “bishopric succession.” But what of that? Bishops were not apostles, they were not inspired by the Holy Spirit, nor was the church built on the foundation of the bishops.

Most importantly, no succession is ever a guarantee of faithfulness – not in politics, not in corporations, not in colleges, not in families – not even in the Lord’s church. The NT contains many examples of Christians and churches departing from the faith and teaching false doctrine. In Acts 20 there is a prediction specifically of bishopric apostasy. Paul told the bishops of Ephesus, “I know that after my departure, vicious wolves will enter in among you, not sparing the flock. Men will arise from among your own selves, speaking perverse things, to draw away the disciples after them” (20:29-30). Apostasy among the bishops themselves!

Regarding Peter, he was never head of the church: “God has set some in the church: first apostles.” Not first Peter. “First apostles,” plural. As for bishops, nowhere in Scripture does it indicate they have any authority outside of their local church.

As for Rome, its importance was political, as capital of the Empire. Rome never was the “mother church.” The “mother church” was in Jerusalem. Jesus told His apostles: “Don’t depart from Jerusalem, but wait for the promise of the Father… You will be witnesses to me in Jerusalem, in all Judea and Samaria, and to the uttermost parts of the earth” (Acts 1:4, 8). When “a great persecution arose against the church which was in Jerusalem in that day… they were all scattered abroad… except for the apostles” (Acts 8:1). The fact of Peter going to Rome is disputed. But even if Peter later left Jerusalem and went to Rome, that in no way made a Roman bishop any more important than a bishop in Jerusalem or in any other church.

We Do Have the Apostles Today

Wouldn’t it have been great to hear the apostles? But keep in mind that the apostles could not be in every place. The apostle Paul once wrote to Timothy, “These things I write to you, hoping to come to you shortly; but if I wait long, that you may know how men ought to behave themselves in God’s house” (1 Tim. 3:14-15). The apostle John wrote, “Jesus did many other signs in the presence of his disciples, which are not written in this book; but these are written, that you may believe that Jesus is the Christ, the Son of God” (John 20:30-31). We do have apostles with us today – just not in the flesh. We have them in a much better way through their wisdom as preserved in their inspired writings. Praise God!