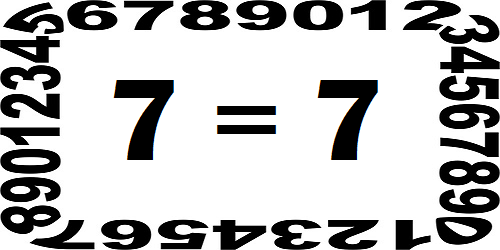 What did the number seven mean in Genesis 41 when Pharaoh dreamed of seven cows? “The seven good cows are seven years.” The cows were symbols of years; but seven meant seven.

The seven heads of the beast in Revelation 17 represent both mountains and kings. But seven means seven.

When they try to convince you that seven means “completeness, perfection, totality,” don’t believe it. This oft-repeated theory has never been proven. Seven may be the most used number in the Bible. Seven is often connected with sacred things. However, these facts in no way prove that the number seven carries any idea other than the number seven.

Tags:Numbers in the Bible
previousInsight #12 — OT Says Mary Would Not Remain Virgin
nextInsight #14 — Doctrine Must Originate in Jerusalem