Insight #14 — Doctrine Must Originate in Jerusalem 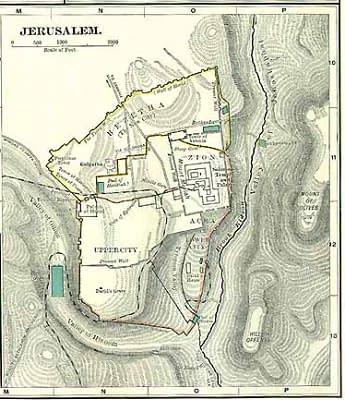 If there were any church that could be called the “mother church,” it would be the church of Jerusalem. If there were to be an earthly headquarters for the Lord’s church, it would be in Jerusalem. Indeed, when Paul’s doctrine was challenged by some, the brethren decided that a select group “should go up to Jerusalem” to settle the matter (Acts 15:2).

If our preaching does not agree with the original Jerusalem preaching, it is not of God. Jerusalem is where the true Gospel originated, exactly as it was prophesied by three holy men seven centuries before the events took place.

Did you ever check out Joel’s prophecy which Peter quoted on Pentecost, 30 A.D.? Peter left off quoting in the middle of Joel 2:32. The very next words are “for in Mount Zion and in Jerusalem shall be deliverance.” Jerusalem is exactly where Peter was quoting this text. No wonder that ten days earlier Jesus had charged the apostles “that they should not depart from Jerusalem, but wait for the promise of the Father” (Acts 1:4). A few days before that Jesus had referred to this very prophecy (and Isaiah 2:3 and Micah 4:2) when He said “Thus it is written… that repentance and remission of sins should be preached in his name among all nations, beginning at Jerusalem” (Luke 24:46,47).

By preaching the first Gospel sermon in Jerusalem, Peter fulfilled God’s prophetic Word. To carry Divine authority, our message of salvation must be identical to the Jerusalem message. Prophecy says so.