Insight #21 — What Happened to Egypt? 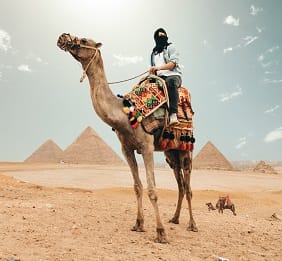 Five-thousand-year-old Egypt is today just a “developing” nation. Second rate. Not in the company of the “industrialized” nations. This is “the gift of the Nile,” the land of pyramids and the Sphinx. This is the land of grand temples and mummies, the land of learning and splendor. This is Egypt. Correction: this was Egypt. Who is fascinated by 20th-century Egypt? No one. It is Ancient Egypt that excites the imagination.

The three great pyramids at Giza are the only survivors of the Seven Wonders of the Ancient World. Four-thousand-year-old mummies are no less a wonder. As late as the mid-twentieth century, scientists had not discovered how the Egyptian embalmers did it. Truly a fascinating land of yesteryear.

Enter prophecy. God’s Word prophesied that the great and glorious “Egypt… shall be there a base kingdom. It shall be the basest of the kingdoms; neither shall it exalt itself any more above the nations” (Ezekiel 29:14,15).

The Persians brought an end to 3000 years of Egyptian Pharaohs. Next the Greeks ruled Egypt, then the Romans, followed by the Arabians. The Arabs burned up all the works of the great library of Alexandria, thus ensuring the demise of that celebrated center of learning. Under the Arabians and Turks, Egypt sank further and further into degradation. Even though Egypt today is once more an independent nation, it is one of the minor nations of the world, one of the “developing” nations.