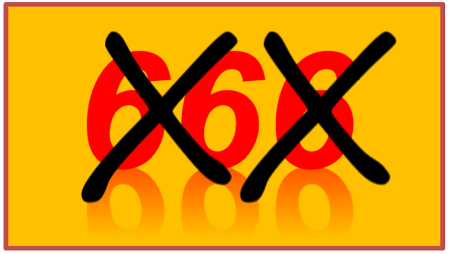 Early this year [1999], an e-mail appeared suggesting Bill Gates might be the beast. The author said that his name equals 666. The same calculation can be found on many web-sites, often under jokes. Although the e-mail definitely was not offered as humor, a good Bible student might just laugh it off.

I didn’t feel like laughing. I get upset over wild claims about 666. Such claims regrettably lead even serious writers to say the meaning of 666 (Revelation 13:18) cannot be found in the numerical value of names. So, with a mixture of agitation and curiosity, I checked it out.

For the sake of the argument, let’s grant the author the following: 1) he can calculate 666 in English; 2) he can use ASCII, a computer code system in which numeric values are given to letters;  3) he can use all capital letters; and 4) he can use the formal “III” with the nickname “Bill.” On examination, BILL GATES in ASCII adds up to 663, as the author says. Then he adds the value for “the third,” written as “III.” So 663 + 3 = 666, right? Dead wrong and dishonest.

What is the point? 666 is no joking matter. Nor is it proper fuel for wild speculations. But neither should we react to these excesses by rejecting all efforts to calculate the numerical value of names. As early as the second century, Irenaeus was searching seriously for the proper name with the numerical value of 666.