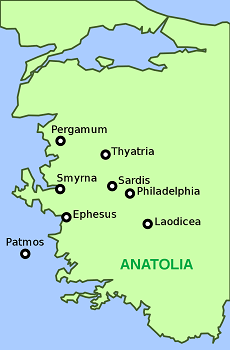 The Bible contains enough prophecy to keep our minds busy for countless years. There is no need to take non-prophetic texts and force them into a prophetic mold. But that is exactly what futurists do in several cases. They fabricate prophecy.

For example, futurists claim that the second and third chapters of Revelation are a prophetic outline of church history. They say the letters foretell the leading characteristics of the universal church from John’s time until the return of Christ. There is simply nothing to support this claim. The letters to the seven churches were obviously written to seven churches then in existence. Any Bible-times’ map of the area of today’s Turkey will show their locations. Each letter speaks of the current conditions which the Lord found in each church. There is not the slightest hint in the text that the letters are prophetic visions of supposed “church ages.”

Let us not be guilty of fabricating prophecy where there is no prophecy. The Bible contains enough prophecy to keep us occupied for a lifetime. We do not need to invent more.