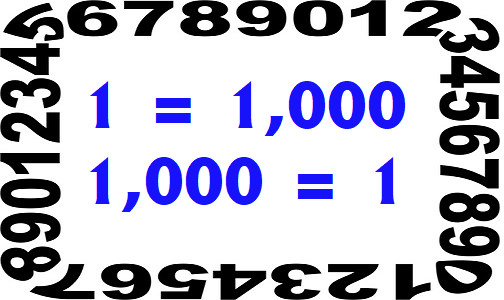 Have you heard? The end of the world is just around the corner. The “proof” is simple. “In six days the Lord made heaven and earth… and rested the seventh day” (Exodus 20:11). “One day is with the Lord as a thousand years” (2 Peter 3:8). Thus, for each day of creation the world will last for a thousand years. Then the seventh day foreshadows “the” millennium. Believe it or not, this theory has been taught, not only by several modern-day sects, but also by many early Christians.

In the year 2000, a careful student of Bible and history sees that this theory has failed. Even with Usher’s extremely conservative view that the creation took place in 4004 B.C. (according to the current calendar), we are already a few years past the 6000 mark.

Aside from that, the theory is a good object lesson in how not to study the Bible. It is a prime example of three wrong methods of Bible interpretation. First, texts are strung together which have no relationship to one another. Second, history is forced into a prophetic mold. Third, the meaning of a time text is twisted.

Yes, “one day is with the Lord as a thousand years”; but the verse adds, “and a thousand years as one day.” It works both ways. It therefore is not a key to unlocking any Bible time expression. With God, 1 = 1000 and 1000 = 1. One way works as well as the other. What does this mean? That God is timeless. God lives outside the confines of hours, days, months and years.