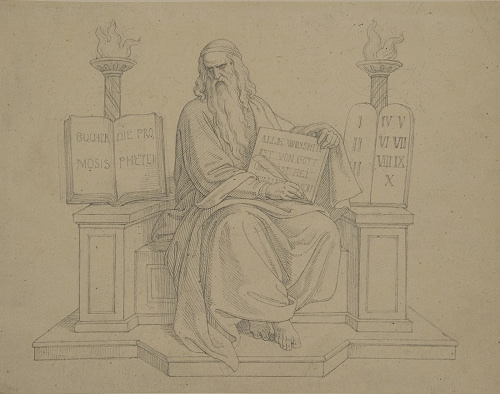 Anti-Semitism has been around for a long time. Take for example the inflammatory curses one author of long ago pronounced upon the Jews. He expressed curses on their cities, their produce and their children. He wrote of God sending extraordinary and prolonged sicknesses and plagues upon them. He describes their carcasses as being meat for the birds and the beasts.

The writer goes so far as to implicate the Jews with madness to the extent of eating their own children. He claims God as the author of all sorts of violence done to them by their enemies. He dares to exclaim that these curses are something to continue from generation to generation. He writes of the Jews being persecuted wherever on earth they go–of God inflicting on them fear, anguish, terror, slavery and violent death.

The writer of these inflammatory lines was a Jew himself, before they were even called Jews. It is none other than Moses, the author of the revered Torah (5 books of Law). All the above and more is found in Deuteronomy 28, including this: “if you will not hearken unto the voice of the Lord your God, to observe to do all his commandments and his statutes which I command you this day; all these curses shall come upon you” (verse 15).

If Deuteronomy 28 had been written by a 20th-century author, it would certainly have been classified as anti-Semitic-hate literature responsible for hate crimes. But proclamations by anti-Semitic leagues and the Pope of Rome himself cannot remove Deuteronomy 28 from the Bible.

True Christians neither hate nor persecute Jews. Rather they love them and long for their salvation. But true Christians also realize that centuries of Jewish persecution is one of the most powerful fulfillments of Bible prophecy to be found anywhere.

Tags:Israel in Prophecy
previousInsight #37 — The 6,000-Year Theory
nextInsight #39 — The Jews’ Time Has Run Out (in-depth study)