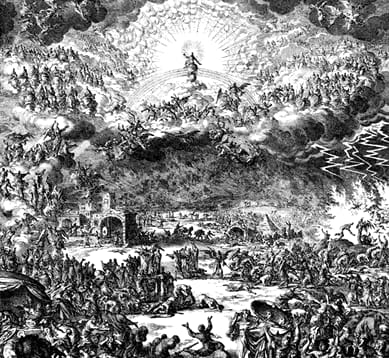 Today’s popular theory says that Jesus will return two more times. They say He will first come for the saints (to rapture Christians to heaven). They say that after seven years He will return with those same saints (to end “the tribulation” and usher in “the millennium”). The question is: are there two future comings or are there two groups of saints at one coming?

I try to refrain from mentioning the original Greek; but here it seems necessary–that is, for English readers. For those who use Spanish, no Greek explanation is needed. In this case, Spanish more clearly follows the Greek; English complicates things.