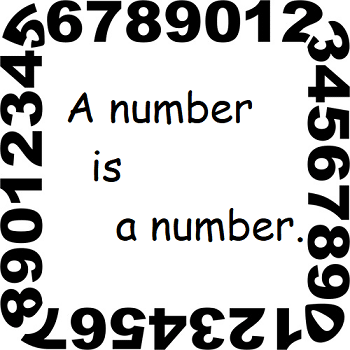 There is no proof that numbers in the Bible have spiritual meanings, either inside or outside of prophetic texts. One of the  examples given in Insight #13 was this: “The seven heads of the beast in Revelation 17 represent 7 mountains and 7 kings” (verses 9, 10). Other examples were given and many more could be given. The Insight concluded: “Seven means seven.”

It was brought to my attention–correctly–that seven does not always mean seven. Such texts as Deut. 28:7; Job 5:19; and Proverbs 26:16 were offered. The latter says, “The sluggard is wiser in his own conceit than seven men that can render a reason.” Who would argue that the sluggard thinks he is better than seven men, but not as good as eight? I would have to agree that “seven,” in many such cases, is not literally seven.

However–that does not mean that “seven” in such cases is a symbol with a hidden, non-numerical spiritual meaning, such as “perfection” or “God at work.” No. “Seven,” in such cases, is used as an “indefinite” number. But it is still a number–a quantity. The number seven was often used that way by the Hebrews.

Not so in our culture. We are more likely to use “ten,” “a dozen,” “a hundred” or “a thousand.” Take, for example, “I told you a dozen times…” What does that mean? Exactly 12? Of course not. My English dictionary gives the second meaning of “dozen” as “An indefinite number; a great many.” There you have it. “A dozen” in English may often be an indefinite number, but it is still a number. Since it means “a lot”; it is still talking about quantity.

Thus, “seven” in the Bible often means “a lot”; but it is still a matter of quantity, nothing more. There is no hidden “spiritual” meaning.

Tags:Numbers in the Bible
previousInsight #41 — “For Saints” vs “With Saints”
nextInsight #43 — Daniel 9 Simplified