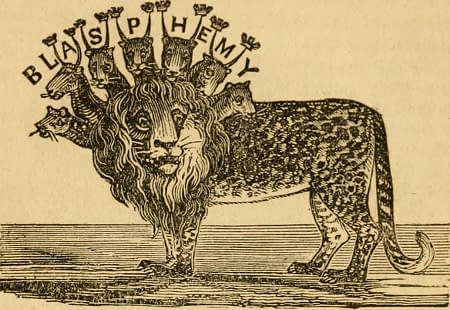 The dreadful beast had ten horns and huge iron teeth. He was breaking everything, and trampling the pieces he did not devour. What was this vision all about? Daniel himself was troubled.

Virtually all Bible believers, from ancient times to the 20th century, accept the four beasts of Daniel 7 as representing Babylon, Persia, Greece and Rome. All agree the dreadful fourth beast is Rome. However, the agreement stops here.

The prophecy says of the fourth beast: “As for the ten horns, out of this kingdom shall ten kings arise.” Early Christians correctly saw this as a breakup of the Roman Empire. However, in modern times, the theory has arisen of a “revived” Roman Empire with ten divisions. Futurists were excited in the 1950’s with the birth of what is now the European Union. As membership grew from six to ten by the late 70’s, there were many calls for us to see prophecy being fulfilled before our eyes. Then the membership passed ten. Today it stands at 15, with an additional 13 active candidates. The ten-nation-revived-Europe theory is in shambles.

It is time to fold up the newspapers and open the history books. In the fifth century A.D., the declining Roman Empire disintegrated into ten barbaric parts, ushering in the Middle Ages. The prophesied ten horns thus became an historical reality.