Insight #48 — Tyre Thrown into the Sea 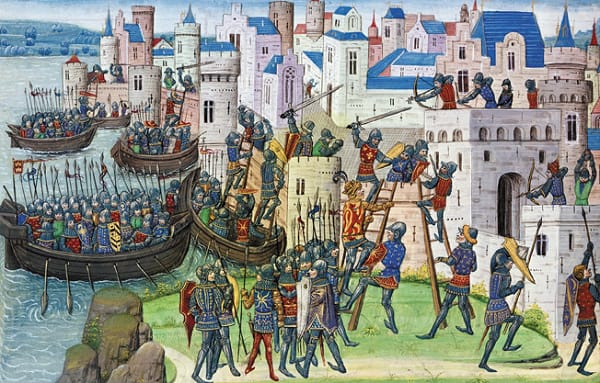 Who would throw a city into the sea? Yet that is precisely what Ezekiel prophesied of that great maritime center, Tyre. First, Nebuchadnezzar would attack Tyre (Ezekiel 26:1-11). Then “they will lay your stones, and your timber, and your dust in the midst of the water” (verse 12). Nebuchadnezzar left Old Tyre in ruins, but he definitely did not throw it into the water.

The discerning Bible student will notice the abrupt change of pronouns from “he” (verses 8-11)  to “they” (verse 12). The student will also notice that verses 3 and 4 predicted, “Behold, I am against you, O Tyre, and will cause many nations to come up against you… And they shall… scrape her dust from her, and make her like the top of a rock.” Thus, Nebuchadnezzar’s Babylon was just the first of “many nations.” With “they” in verse 12, we must look for another nation. Indeed, some 250 years of looking, until Alexander the Great (of Greece) arrives on the scene.

The city of Tyre was then on an island, half a mile out to sea. Having no ships, Alexander boldly ordered his men to construct a causeway from the mainland to the island. With what material? You guessed it. The stones, timbers and soil of Old Tyre. The Greeks almost completed the causeway, but the Tyrians destroyed it. The second time, Alexander’s men succeeded and conquered Tyre. Over the centuries, the sea has piled untold tons of sand upon the narrow causeway, converting it into a peninsula.

But Old Tyre? Just like God predicted, Alexander scraped it bare as a rock, throwing its ruins into the midst of the waters.