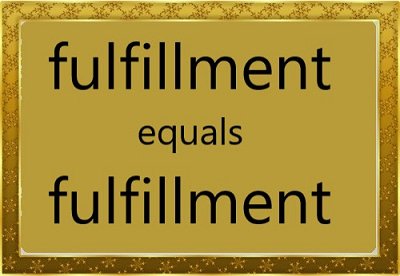 Does a prophecy have just one fulfillment, or can it have two or three? Does each Bible verse have multiple meanings? In the 17th century, John Owen well said: “If the Scripture has more than one meaning, it has no meaning at all.”

After His resurrection, Jesus encouraged the disciples thus: “These are the words which I spoke to you, while I was yet with you, that all things must be fulfilled, which were written in the law of Moses, and the prophets, and the psalms, concerning me” (Luke 24:44). Jesus was not the “initial,” “partial,” “typical” fulfillment. He was the fulfillment!

What often happens is that people cannot deny the fulfillment of a prophecy, but their prejudices leave them dissatisfied. Therefore, they resort to “dual” fulfillment. This is done today with such prophecies as the destruction of Jerusalem, the coming of Elijah, the outpouring of the Holy Spirit, and the destruction of Babylon.

Where will the “double fulfillment” theory stop? Could it be that John the Baptist was only a “partial” fulfillment of Isaiah 40, inasmuch as he did not literally lower any mountains? (See Luke 3:4-6.) Isaiah 53, as read by the Ethiopian eunuch, prophesied that the Suffering Servant would be “like a lamb dumb before his shearer, so he opened not his mouth” (Acts 8:32-35). Did Philip tell the eunuch, “Well, since Jesus did open his mouth a couple of times during his trial, He is only a ‘partial’ fulfillment–the ‘primary’ and ‘complete’ fulfillment is off in the future”? Of course not!

It is time to take God at His word, whether it harmonizes with our prejudices or not. If prophecy is really prophecy, then when it is fulfilled, it is fulfilled. Believe it or reject it. Do not play with it.

Tags:Double Fulfillment
previousInsight #51 — Jesus Did What He Came to Do
nextInsight #53 — Will Man Destroy Himself?