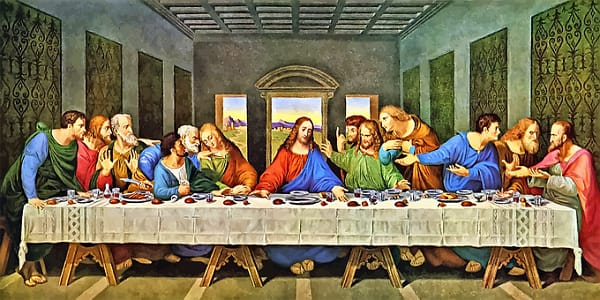 The night He was betrayed, Jesus told the Father, “I have finished the work which you gave me” (John 17:4). He had finished all up to that moment and He was ready to finish what lay just ahead. He previously had told His apostles: “Behold, we go up to Jerusalem, and all things that are written by the prophets concerning the Son of man shall be accomplished. For he shall be delivered unto the Gentiles, and shall be mocked… and they shall scourge him, and put him to death: and the third day he shall rise” (Luke 18:31-33). The prophets foretold it. Jesus foretold it. And He did it.

The Apostles preached that Jesus did what He came to do. “For they that dwell at Jerusalem… have fulfilled [the prophets] in condemning him. And… they desired Pilate that he should be slain. And when they had fulfilled all that was written of him, they took him down from the tree, and laid him in a sepulchre… And we declare to you glad tidings, how that the promise which was made unto the fathers, God has fulfilled the same unto us their children, in that he has raised up Jesus” (Acts 13:27-33).

Everything in Jesus’ ministry went according to plan. The rejection by the Jews had been prophesied; it was part of the plan. His death had been prophesied; it was necessary to redeem us from sin. Neither the Jews nor Satan nor Hades could stop God from fulfilling his promises. We believe in and follow Jesus precisely because He was willing and able to do what He came to do.