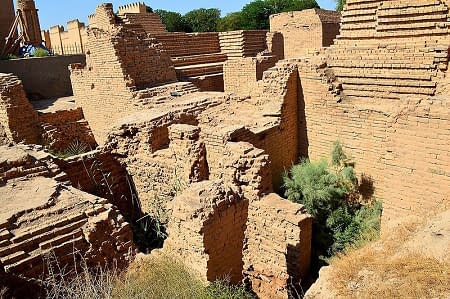 The same is true in Bible study; and we often apply limits without a second thought. In Luke 17:26-27, for example, when Jesus said His return would be “as it was in the days of Noah,” nobody imagines that we should all build arks to prepare for another worldwide flood. The context shows that “as in the days of Noah” means that life will be going on normally when sudden destruction comes. The context defines the limits of the comparison.

The comparison does not mean that God would suddenly destroy Babylon with fire from heaven, or that there would never be a trace of it found. The Bible says neither of these. In fact, Jeremiah twice says that Babylon will be “heaps” (50:26 and 51:37). Heaps (mounds of ruins) is an excellent description of the reality of Babylon for centuries. We must not overdo comparisons.