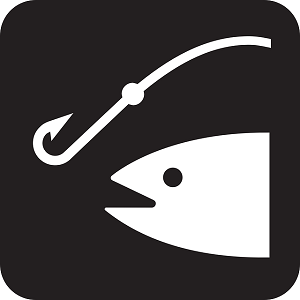 If you’re eating, please swallow your food before continuing. My wife almost choked on this one. Margaret was saying she could not see how people, reading the Gospels, could possibly come up with the idea that Jesus was a failure. I said it’s because they have an iron-clad materialistic Jewish concept of God’s kingdom.

Then I asked, “Do you know what they do with Jesus’ words, ‘If you will receive it, this is Elijah who was to come'”? “No,” she said. “They say since the Jews did not believe it, John was not Elijah!” As Margaret was regaining her composure, she thought of several examples. Here’s the best one: “If you believe it, the Twin Towers collapsed; but if you can’t believe it, they are still standing.”

When I first read that “interpretation” of the Elijah prophecy, I thought surely the writer must be on the fringe. However, to my amazement, I later found the same idea in the best-selling “Bible Knowledge Commentary,” written by faculty of the well-known premillennial-dispensationalist Dallas Theological Seminary. Under Matthew 11:14, it says, “Only if they accepted the message would John the Baptist be the Elijah who was to come… Because the nation rejected the Messiah, Elijah’s coming is still future.”

Let’s try that type of interpretation on Acts 26:4, where Paul says: “the Jews which knew me from the beginning, if they would testify.” Interpretation? “If they are not willing to testify, they did not know me.” And let’s notice the plain words in Matthew 17:12,13: “I say unto you that Elijah has come already… Then the disciples understood that He spoke unto them of John the Baptist.”

If you can receive Dallas Seminary’s interpretation of the Elijah prophecy, then you surely can accept the whole futuristic-dispensational system–hook, line and sinker. But if you find their interpretation hard to swallow, it’s time to re-examine their entire system.

Tags:Jesus' Connection to OthersLiteral vs. Figurative
previousInsight #78 — The Rapture (in-depth study)
nextInsight #80 — When Was Revelation Written?