Insight #88 — Fulfillment of Prophecy in the News 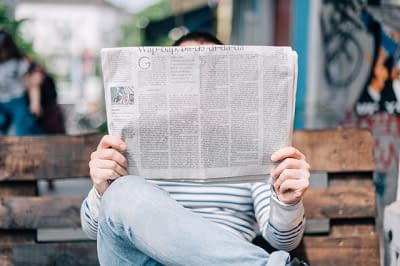 For 1900 years, the Jews had no homeland. In all the world they suffered ridicule and persecution. In the twentieth century, the Nazis cold-bloodedly exterminated an estimated six million Jews. This “Holocaust” provided the final impetus for the fulfillment of Zionist dreams–the establishment of the State of Israel in 1948.

Since then, the Jews have had their own nation. Now they can live in mutual respect, free from verbal and physical persecution. Nice dream! The reality is quite different. Year after year, there is no end to the cycle of violence in the land of Israel.

The daily news is frequently misused by credulous souls who are looking for fulfillment of prophecy in every headline.   Nevertheless, Israel happens to be a legitimate case where fulfillment may be found in the latest news. No, I do not refer to the actual establishment of the state of Israel in 1948 by secular Jews. Rather, the fulfillment of prophecy that I refer to is the continual persecution heaped on the descendents of Israel, without or with statehood. With statehood, persecution has not stopped; it has only changed location and methods.

Study Deuteronomy 28, which predicts the results of Israel’s disobedience. Notice such verses as 66: “Your life shall hang in doubt before you; and you shall fear day and night, and shall have none assurance of your life.” After 19 centuries of dispersal plus half a century of statehood, that verse still explains many of today’s headlines.

No, Christians are not Jew-haters or Jew-persecutors nor do they rejoice when others suffer. But Christians do stand in awe when they see how God’s prophetic Word continues to be fulfilled in the twenty-first century.