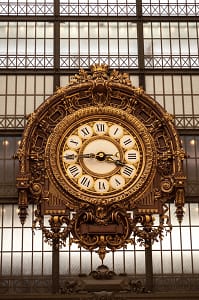 Jesus cried. Not for himself. For Jerusalem. In His mind’s eye He skipped over His fast-approaching crucifixion and focused on the holy city’s utter destruction scheduled for 70 A.D.

In less than a week, the city would nail Jesus to a cross. But Jesus was not crying because He was a failure. He was crying because the Jews were failures. Some prophecy teachers have suggested that because the Jews rejected Jesus, God made a drastic change of plans. They say the kingdom Daniel predicted had to be postponed for thousands of years.

Jesus, the real prophecy teacher, held a very different view. He never said the Jew’s rejection would cause the kingdom to be postponed. Never. Rather, He said the Jew’s rejection would cause the total destruction of Jerusalem. Listen to His words: “He beheld the city, and wept over it, saying… ‘the days will come upon you, that your enemies… will lay you even with the ground… and they will not leave in you one stone upon another; because you did not know the time of your visitation’ ” (Luke 19:41-44).

If your little daughter can’t tell time, do you stop the clock until she can? Absurd. Neither did God stop His “prophetic clock” when the Jews couldn’t tell time. Rather, he destroyed their city! In fact, Daniel had already prophesied that, too. Why? Because God knew centuries earlier what the reaction of the Jews would be. With God, everything was right on schedule; but the Jews could not tell time. Can today’s prophecy teachers tell time?

Tags:Jerusalem and the Temple
previousInsight #88 — Fulfillment of Prophecy in the News
nextInsight #90 — Strange Bedfellows