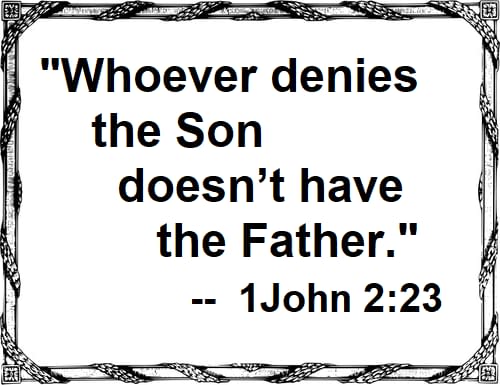 “Strange political bedfellows,” commented National Public Radio [early, 2002]. Until recently, it was assumed that Jews were Democrats and conservative Evangelicals were Republicans. The Jews felt the “Christian Right” to be a threat. Of late, with Jews feeling more vulnerable than at any time since World War II, many are moving toward the right because of President Bush’s support of Israel.

As the report said, nowadays “any voice standing with Israel will get a standing ovation.” Such an ovation came in early May by no less than the Anti-Defamation League, which placed a half-page ad in the NY Times and Washington Post. The ad reprinted an article written by a former head of the Christian Coalition, in which in essence he said, “We people of faith stand firmly with Israel.”

NPR even offered the “theological” reason why Evangelicals are supportive of Israel: “They believe the Jews are the people of God.” Are the Jews the people of God today? Your answer to that question will determine your view of many Bible prophecies.

Scripture says to Christians: “Be not unequally yoked together with unbelievers… for you are the temple of the living God; as God has said… I will be their God, and they shall be my people” (2 Corinthians 6:14-17). Christians are now, by God’s grace through Christ, the people of God. To call physical Jews the people of God is to deny the work of Christ on Calvary. Call it “bedfellows” or “yoked,” an alliance between Evangelicals and Jews is not only strange politically, it is forbidden spiritually.

Scripture says, “Whoever denies the Son does not have the Father” (1 John 2:23). Whether Moslem, Buddhist or Jew, he who denies that Jesus is the Son of God, does not have God. It is not politically correct to say that, but it is Biblically correct. God’s people today confess the Son, love the Son and follow the Son.