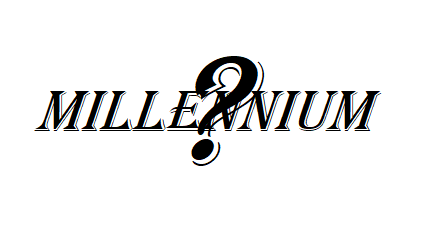 Futurists say the millennium will be a fulfillment of many Bible predictions of the kingdom of God. But wait a minute. Something does not fit. The only text that mentions a reign of Christ for one thousand years is Revelation 20. All other kingdom prophecies predict an everlasting, unending kingdom.

Daniel 2 predicts, following Babylon, the kingdoms of Medo-Persia, Greece, Rome, and God’s kingdom. Together, the first four kingdoms lasted nearly eleven hundred years: from 606 B.C. to A.D. 476. Can you believe the kingdom of God will last less time than that? Can you believe the stone that destroys the image and becomes a great mountain filling the earth was destined to remain in power less time than the image? If so, Daniel strongly disagrees: “Shall the God of heaven set up a kingdom, which shall never be destroyed… it shall stand forever” (2:44). The four earthly kingdoms came to an end. This world will come to an end. But God’s kingdom will stand forever! A mere millennium can never fulfill Daniel’s kingdom prophecy.

The angel Gabriel agrees with Daniel. When he talked to Mary about the reign of her son, the angel said, “He shall reign over the house of Jacob forever; and of his kingdom there shall be no end” (Luke 1:33). One thousand years is far too short for the King of the universe to reign. A kingdom lasting only a millennium can not be the fulfillment of either Daniel’s or Gabriel’s prophecy.

Peter, who had the keys of the kingdom, wrote of “the everlasting kingdom of our Lord and Savior Jesus Christ” (2 Pet. 1:11). In the book of Revelation, we read: “The kingdoms of this world are become the kingdoms of our Lord, and of his Christ; and he shall reign forever and ever” (Rev. 11:15). Any interpretation of Revelation 20 that limits the kingdom of Christ to one thousand literal years is simply not in harmony with the rest of Scripture.