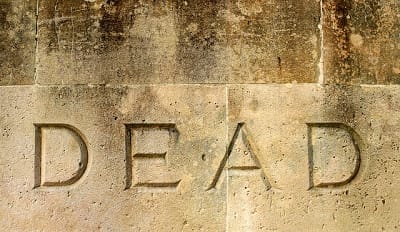 Some people think all David’s Psalms were written with his own experiences in view, without him intending them to be prophecy. While this is true of most of them, the apostle Peter had a very different view of Psalm 16. In Acts 2:25-31, Peter cites and explains this Psalm, in which David speaks of: “I… my… me.” For the Psalm to be literally fulfilled–or to have a double application–the text would have to apply somehow to David. However, Peter, filled with the Holy Spirit, proves that Psalm 16 is a Messianic prophecy precisely because the words could not apply to David.

Peter explains that David spoke not of himself but of Jesus: “David speaks concerning him [Jesus]… you will not leave my soul in Hades, neither will you allow your Holy One to see corruption” (2:25,27). Peter reasons that since David “is both dead and buried, and his sepulcher is with us to this day” (2:29), David could not have been speaking of himself. David’s body did see corruption (see also Acts 13:35-37) and his soul never left Hades. Rather, says Peter, David was “a prophet” and he knew that Christ would be his descendent (2:30). Furthermore, David “foreseeing this, spoke concerning the resurrection of Christ, that his soul was not left in Hades” (2:31).

Though David spoke in first person (I, me), he was not speaking of himself. Therefore, this is a good example in Scripture of a prophecy that was not fulfilled literally. That is what the Holy Spirit explains through Peter. By the same token, there can be no double reference here inasmuch as the Holy Spirit through Peter proves that David was not speaking of himself. David was clearly predicting the Messiah’s resurrection. Psalm 16 is strictly a Messianic prophecy, spoken as if applying to David but fulfilled solely in his discendent, Jesus the Christ.