Insight #118 — The Most Unpopular Prophecy 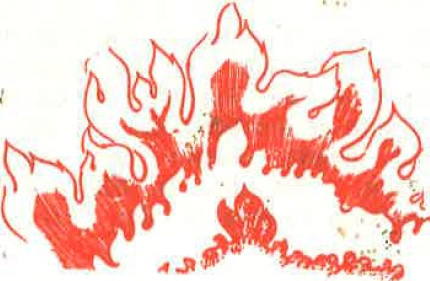 Judging by sympathy cards, everyone goes to heaven when they die. Who likes to think about a loved one going to hell at death or after the end of the world? In popular culture, “hell” is a curse word used for emphasis. Many people believe that hell is here in this life: things like 9/11 or someone agonizing with cancer.

Unpopular or not, hell is a theme in Bible prophecy. God’s Word says: “The fearful, and unbelieving, and the abominable, and murderers, and whoremongers, and sorcerers, and idolaters, and all liars, shall have their part in the lake which burns with fire and brimstone” (Rev. 21:8). Jesus said: “Then shall he say also unto them on the left hand, Depart from me, you cursed, into everlasting fire, prepared for the devil” (Matt. 25:41).

Condemned to eternal fire? Would a just and loving God punish sinners in such a cruel manner? The truth is we mortals are not capable of answering that. God alone is the standard of love and justice. By ourselves we cannot know if there is a hell. Only God can tell us. This is why the study of Bible prophecy is so important. Seeing that God has always fulfilled His prophetic Word in the past assures us that He will fulfill it in the future.

Jesus said (Mark 16:16): “He that believes and is baptized shall be saved; but he that believes not shall be damned.” That is prophecy! “Damn” is another word people use for lack of a good vocabulary. The truth is that none of us has the prerogative to damn anything or anybody. Only God does!

Jesus said (Matt 10:28): “Fear not them which kill the body, but are not able to kill the soul: but rather fear him which is able to destroy both soul and body in hell.” Unpopular though it be, every Scripture about hell is a prophecy we need to heed.