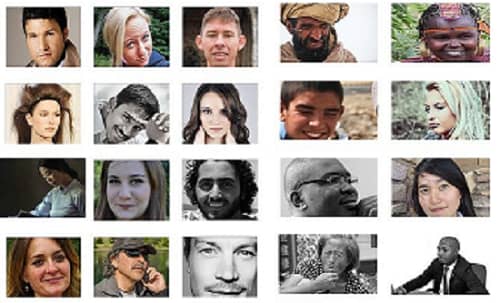 What is your nationality? The apostle Peter proclaimed to Christians: “You are a chosen generation, a royal priesthood, an holy nation, a peculiar (special) people… which in time past were not a people, but are now the people of God: which had not obtained mercy, but now have obtained mercy” (1 Pet. 2:9-10). Similar thoughts are expressed in Ex. 19:6: “You shall be unto me a kingdom of priests, and an holy nation.”

In Exodus God was speaking to the physical nation of Israel. Through Peter God was speaking to believers in Jesus whatever their nationality. Peter’s words in verse 10 are nearly a quote of Hosea: “I will have mercy upon her that had not obtained mercy; and I will say to them which were not my people, You are my people” (Hosea 2:23). Surely Peter is saying Hosea’s prophecy is fulfilled in those who believe in Jesus, whether physical Jews or not. Christians are now God’s people.

Could God transfer His favor from one people to another, from one nation to another? Such a possibility was foreshadowed in Ex. 19:5, which made the promise to Israel in verse 6 conditional: “If you will obey my voice… then you shall be a peculiar treasure unto me above all people… and you shall be unto me a… holy nation.” “If.” Sadly, the Peter text states that Israel as a whole did not fulfill the “if.” Speaking of the Jews’ rejection of Jesus, Peter says in verse 8 that Jesus is to them “a rock of offence, even to them which stumble at the word, being disobedient.” However, he calls obedient believers a “holy nation.” Christians have become God’s new special people, God’s new favorite nation.