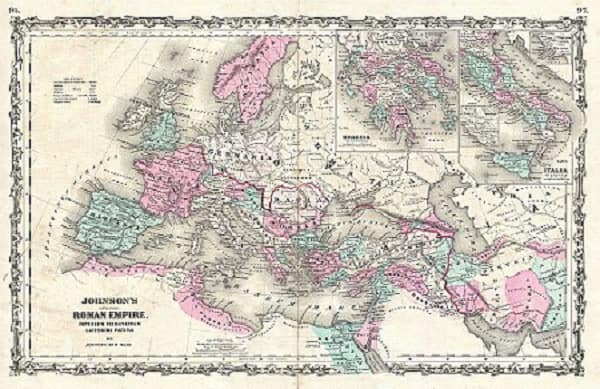 The Bible was not sealed in a vacuum as soon as it was written, to be untouched by human hands until it reached each of us in the 21st century. To ignore the intervening centuries is shortsighted and egotistical. If we do not learn from others, why should we expect others to learn from us?

“I told you… you know,” said Paul, “what is restraining” (2 Thessalonians 2:5,6). This is amazing. The saints in Thessalonica knew. Paul had taught them in person. But the Holy Spirit prevented Paul from writing it down. Is there any other place in Scripture like this? The writer says his readers know what he is talking about, but he shrinks from writing it down. It becomes irresistible to scan early Christian writers to learn what they can tell us. Can you conceive that the first-century Christians would not pass the information on?

Before examining early Christian writers, we need to be aware of three things.

1) They were not inspired. Therefore, they express many contradictory views on prophecy as well as other matters.

2) Before a particular prophecy is fulfilled, we cannot expect Christians to understand it all. The apostles, for example, with Jesus in their midst, did not have correct views of many messianic prophecies.

3) After a prophecy is fulfilled, there will always be those who will deny its fulfillment. The Jews, for example, to this very day, deny that Jesus of Nazareth is the promised Messiah.

With these precautions in mind, it is still very enlightening to discover what Christians through the ages have believed regarding various prophecies. Especially is this true in this case in which Paul said, “You know… ”

NOTE: This excerpt was taken from Insight #69 — Man of Sin Part 2: The History. If you would like to know what the early Christians wrote about what was restraining the arrival of the Antichrist, then you will want to read that in-depth study.