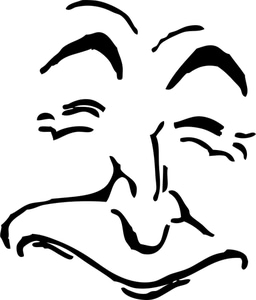 “Theology” is not part of my everyday vocabulary. Not even my Sunday vocabulary. I can’t seem to find it in my Bible. Nevertheless, for those who like fancy words, “theology” refers to the systematic study of God in particular and religion in general. In the Scriptures, the word would be “doctrine, teaching, truth.” For us common folk, one’s theology is simply one’s beliefs and teachings about God, Christ, Scripture, the church, salvation, etc.

In a recent issue of a leading Christian weekly (see note 1) the “editor-at-large” expressed an unusual concept in his weekly back-page article. Under the heading of “All in a Face,” the editor begins, “I don’t want to talk theology, just ‘faces.’ ” In the article he makes a contrast between the faces of John Paul II and Benedict XVI. The face of the former is described as “a face that looks humble and kind.” The editor’s closing words are, “But I must admit, I do miss the face of John Paul II, whatever his theology may have been.”

Have they not read? Have they not heard? The real and only High Priest warned us to “beware of false prophets, which come to you in sheep’s clothing, but inwardly they are ravening wolves”  (Matt. 7:15). Sheep’s clothing: such as a humble and kind face. The inspired Apostle Paul wrote, “Even Satan fashions himself into an angel of light. It is no great thing therefore if his ministers also fashion themselves as ministers of righteousness” (2 Cor. 11:14-15). It is no great thing if Satan’s ministers wear a humble and kind face. A more Scriptural closing to the article in question would have been: “But I must admit, John Paul’s theology was full of blasphemy and other false doctrine, whatever his face may have been.”