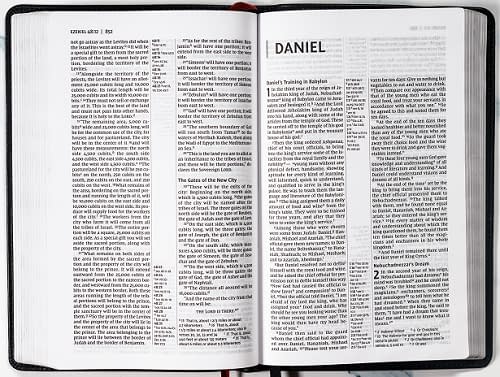 Does God speak to us today–audibly, in visions, in dreams, via angels, via prophecy? Should we believe someone who says, “God spoke to me last night”? Or, did God terminate revelations to mankind with the writing of the last book of the Bible?

Let us not confuse prophecy with preaching. Men who preach must study. Prophecy involves no study; it is a revelation by inspiration with words directly from God. “I will raise them up a Prophet… and will put my words in his mouth” (Deut. 18:18). “For the prophecy came not in old time by the will of man: but holy men of God spoke as they were moved by the Holy Spirit” (2 Pet. 1:21).

Are visions, dreams, revelations, and prophecies given to everyone? As for Old Testament times, Heb. 1:1 gives the reply: “God, who at various times and in various manners spoke in time past unto the fathers by the prophets.” God spoke TO the fathers BY the prophets. Mt. Sinai is the only time God spoke directly to all His people, and the people could not stand it (Ex. 20:18-19). In New Testament times there may have been a larger percentage of God’s people receiving revelations; yet, even then, Paul asked the rhetorical questions: “Are all apostles? Are all prophets? Are all teachers? Are all workers of miracles? (1 Cor. 12:29). The understood reply in each case is, “No.”

Not only so, but Hebrews also indicates a finality with Jesus’ coming. “God… spoke in time past” (1:1) is contrasted to “has in these last days spoken unto us by His Son” (1:2). “Last days.” That has a ring of finality. Plus the fact that Jesus is the supreme revelation of God upon the earth. No one greater could come.

Nevertheless, the Son, the night He was betrayed, told His apostles: “I have yet many things to say unto you… when he, the Spirit of truth, is come, he will guide you into all truth” (John 16:12-14). Although Jesus completed His work on earth, the whole truth about Him was not revealed immediately. All truth would be revealed to and by His apostles after He ascended.

Jesus said the Holy Spirit would guide the apostles into “all truth.” Since the apostles received “all truth” in the “last days,” there is no more truth to be revealed before the end of time. Therefore, Jude tells us to “earnestly contend for the faith which was once delivered unto the saints” (Jude 3). “Once.” Many Bibles translate this, “once for all.” All truth was delivered in the first century.

That is why 1 Cor. 13:8 says, “whether there be prophecies, they shall be done away.” This does not mean when Jesus returns. Why? Because the same chapter says, “now abides faith, hope, love” (13:13). Faith and hope abide until Jesus returns. But while faith and hope remain, prophecy is done away. When? When the perfect, complete truth was delivered once for all (13:10).