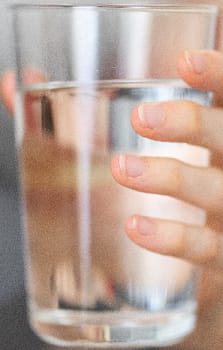 According to futurism (dispensationalism), Scripture predicts several end-time judgments. It claims the judgment in Matt. 25:31-46 is not referred to in any other text. It further says this judgment will be based on how Gentiles treat Jews during the Tribulation, thus determining who can enter the Millennium.

Scripture tells of two kinds of brethren of Jesus: physical brothers and spiritual brothers. When Jesus returns, which brethren will be the important ones?

One day while Jesus was teaching, he was told His mother and brothers wanted to see Him. What was Jesus’ reply? “Who is my mother? And who are my brethren?” And he stretched forth his hand toward his disciples, and said, “Behold my mother and my brethren! For whosoever shall do the will of my Father which is in heaven, the same is my brother, and sister, and mother” (Matt. 12:48-50). What an insult to His mother and brothers! Insult — unless Jesus was more than a fleshly Jew, more than a human being, a divine being with relationships far above the flesh.

Since that was Jesus’ attitude while on earth as a humble human, what will be His attitude when He returns as the glorified King? On that day, Jesus will speak not only of His brethren, but also of His Father (Matt. 25:40, 34). Thus, the brothers in this context must be the sons of Jesus’ Father. Now what did the Jewish Apostle John say about sonship and fatherhood? “Whoever denies the Son, the same has not the Father” (1 John 2:23). A Jew who denies that Jesus is the Son of God, does not have the Father. Thus, he is not Jesus’ brother. Jesus said the same to the Jews: “If God were your Father, you would love me… You are of your father the devil” (John 8:42-44). Harsh words from the lips of the Son of God.

In Matt. 25, whatever is done to Jesus’ brethren is considered as being done to Jesus. There is a perfect parallel in Acts 9:4. Jesus asked Paul, “Saul, why do you persecute me?” Persecuting Jews was not the issue. Paul himself was a Jew. Paul didn’t persecute Jews for being Jews. Let him tell us himself: “I persecuted the church of God” (1 Cor. 15:9). What is done for or against God’s church is done for or against Christ.

Mark 9 agrees. Matt. 25 speaks of giving drink to Jesus’ thirsty brethren. In Mark 9:41, Jesus told the twelve, “For whosoever shall give you a cup of water to drink in my name, because you belong to Christ, verily I say unto you, he shall not lose his reward.” Jesus does not base the reward on giving water to someone because he is a Jew physically. Rather, it is based on giving the water “in my name, because you belong to Christ.” Belonging to Christ is the issue, not physical relationship.

Jesus “came unto his own, and his own received him not. But as many as received him, to them gave he power to become the sons of God, even to them that believe on his name” (John 1:11-12). Those who believe in Jesus, whether Jew or Gentile, can become sons of God. And if one is a son of God, then he is a brother of Christ.