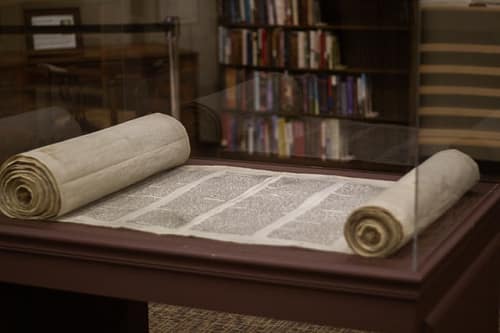 Did Moses, Isaiah, and Daniel predict Jesus’ church? Or is the Church Age an interruption in the fulfillment of prophecy, as futurists (dispensationalists) teach? Did the O. T. prophets foretell anything that would happen between the Messiah’s first and second comings? What does Scripture say?

Before His ascension, Jesus enlightened the apostles: “Thus it is written, and thus it behooved Christ to suffer, and to rise from the dead the third day: and that repentance and remission of sins should be preached in his name among all nations, beginning at Jerusalem” (Luke 24:46-47). Not only did the prophets write about Jesus’ first coming, they also predicted that, as a result of His coming, salvation through Him would be preached “among all nations.” It would begin at Jerusalem, and then spread, as Jesus predicted a few days later, “unto the uttermost part of the earth” (Acts 1:8). There is no way around it. The prophets predicted what would happen following the Messiah’s first coming. They predicted the Church Age.

On the Pentecost following Jesus ascension, the Holy Spirit fell upon the apostles. The Church Age had begun. Had it been predicted? Peter said it had been: “This is that which was spoken by the prophet Joel” (Acts 2:16). Then Peter quoted Joel 2:28-32. Joel must have been one of the prophets that Jesus had in mind when he said it was written that salvation would be preached beginning at Jerusalem. That is exactly what Joel had predicted in the very verse Peter quoted: “for in mount Zion and in Jerusalem shall be deliverance” (Joel 2:32). On Pentecost the church was beginning right there in Jerusalem. There is no way around it. Joel predicted the Church Age.

All the way back in Genesis, God promised Abraham, “in you shall all families of the earth be blessed” (12:3). By just reading this great promise, nobody would get the slightest idea of Gentiles being converted to a crucified Messiah. But Paul explains: “The scripture, foreseeing that God would justify the heathen through faith, preached before the gospel unto Abraham, saying, In you shall all nations be blessed” (Gal. 3:8).

“Foreseeing… preached… the gospel.” The prediction of the gospel was there, although it was in a mysterious form, awaiting unveiling (see Insight #168). The gospel, of course, centers on Jesus’ death (1 Cor. 15:1-4), but Paul goes beyond Calvary when he says, “foreseeing that God would justify the heathen through faith.” That did not begin to be fulfilled until Cornelius was converted (Acts 10). There is no way around it. The promise to Abraham in Gen. 12:3 is a prediction of the Church Age!

Tags:Other Kingdom Prophecies
previousInsight #168 —  When Is a Mystery Not a Mystery?
nextInsight #170 — Who Owns Jerusalem?