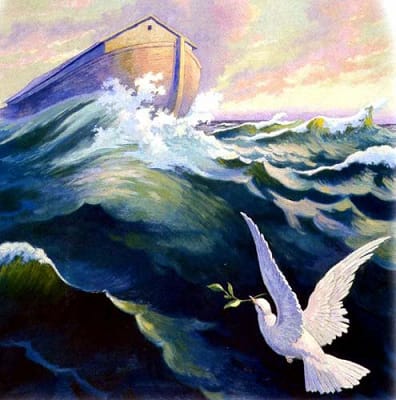 The theory of evolution is older than you think. Centuries before Christ, the early Greek philosophers had such ideas. However, evolution did not gain wide acceptance until modern times. Lyell, the geologist, and Darwin, the biologist, strongly influenced each another–and then the “educated” world–to believe in evolution.

Before Lyell and Darwin, it was generally believed that the earth’s surface displayed evidence of great catastrophes, including the biblical flood. In fact, Lyell’s geology teacher believed the world was shaped by various catastrophes, of which Noah’s flood was the most recent. Lyell rejected catastrophism, preferring rather a view of geology that eliminated the supernatural. Thus, he popularized the theory that the natural forces at work in the earth today are the only forces that have ever been at work to shape the earth’s crust as we find it today. All that was needed to accomplish this was millions of years. The theory became known as uniformitarianism (from “uniform”).

Is not uniformitarianism precisely what Peter predicted? “There shall come in the last days scoffers, walking after their own lusts, and saying, ‘Where is the promise of his coming? for since the fathers fell asleep, all things continue as they were from the beginning of the creation. For this they willingly are ignorant of… the world that then was, being overflowed with water, perished” (2 Pet. 3:3-6).

Catastrophism: the flood.
Uniformitarianism: “All things continue as they were from the beginning.”

Peter explained: “This they willingly are ignorant of… the world that then was, being overflowed with water, perished.” To be “willingly ignorant” implies that a concept is known but that it is rejected and ignored without serious consideration. I remember browsing a geology textbook years ago. Introducing the history of geology, the textbook mentioned the flood in Noah’s time, but it simply pushed it aside as unscientific. “They willingly are ignorant.” They know of the biblical flood, but they refuse to open-mindedly investigate the evidence for it.

The context in Peter is the return of Jesus, the violent destruction of our solar system, and consequently the godly lives we should live. In contrast to that, Peter says the belief that the world has always continued the same (no world-wide flood), is an argument used to deny Jesus’ return. With the denial of God’s past and future interventions in the affairs of the world, people can smother their consciences as they fulfill their lusts. Here we have a perfect explanation for the deep depravity of Western Society today. If we descended from animals, we might as well live like animals.

Many of you who read this are well aware of evidences in favor of catastrophism and against uniformitarianism. That is a study in science rather than in prophecy. But I cannot close this Insight without quoting Mark Twain (“Life on the Mississippi,” chap. 17): “Now, if I wanted to be one of those ponderous scientific people, and ‘let on’ to prove what had occurred in the remote past by what had occurred in a given time in the recent past… In the space of 176 years the Lower Mississippi has shortened itself 242 miles. That is an average of a trifle over 1 1/3 miles per year. Therefore, any calm person, who is not blind or idiotic, can see that in the Old Oolitic Silurian Period, just a million years ago next November, the Lower Mississippi River was upwards of 1,300,000 miles long… There is something fascinating about science. One gets such wholesale returns of conjecture out of such a trifling investment of fact.”

Tags:Prophecy for Us
previousInsight #170 — Who Owns Jerusalem?
nextInsight #172 — Jesus Coming Quickly — When or How?