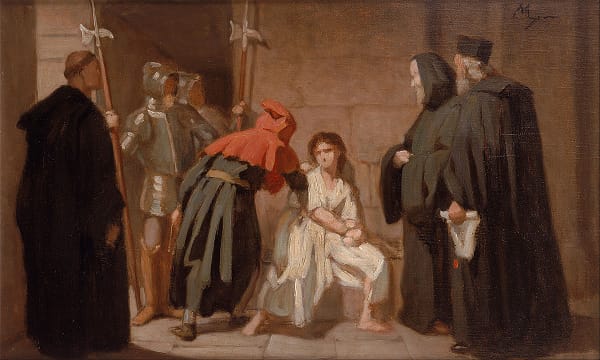 “Time, times, and half a time.” Last month we saw evidence that this predicts 1,260 years of Roman Papal power in the Middle Ages. Of course, there are those who reject this interpretation, claiming it is a prediction of 3 1/2 literal years either in our future or in the past. The latter view, called preterism, is growing in popularity today as a reaction against the opposite extreme of futurism. The common preterist view says that most of Revelation was fulfilled around the time of Nero and the destruction of Jerusalem in A.D. 70.

So, which is it: the first century or the Middle Ages? Let’s examine two of the texts involved to judge which historical events better fulfill the details predicted in Scripture.

Revelation 11:1-2 says the “temple of God” would be measured and Gentiles would tread under foot the “holy city” for 42 months. It cannot be overemphasized that interpretation of prophecy must agree with sound doctrine. For example, in the NT it is clear that after Pentecost, A.D. 30, the “temple of God” is the church of Christ (1 Cor. 3:16), not a physical temple in Jerusalem. Likewise, after Pentecost, A.D. 30, the “holy city” is identified as the New Jerusalem (Rev. 21:2), not earthly Jerusalem (Gal. 4:25-26).

With this sound doctrine as a basis, we must conclude that the prediction of Rev. 11:1-2 deals with the true worship of God, the church of Jesus Christ, and teaching that is heaven-approved. This view fits the facts of the Middle Ages, when the true worship, true church, and true doctrine of heaven were trampled under foot by Rome. And 42 months (1,260 days/years) fit that history.

Rev. 12:13-14 says that the dragon, Satan, “persecuted the woman” causing her to flee. But the flight to Pella in the late A.D. 60’s had nothing to do with persecution of Christians. The Roman army was not in Palestine to fight the church, but rather to squelch the rebellion of the Jews. Indeed, Jesus had told his disciples to flee Jerusalem at that time because “these be the days of vengeance, that all things which are written may be fulfilled” (Luke 21:22). Jesus warned his followers so that Jewish believers could escape God’s vengeance upon Jewish unbelievers.

The flight of Jewish Christians in the late 60’s had nothing to do with them being persecuted by Satan. On the other hand, the plight of true Christians in the Middle Ages had everything to do with Christians being persecuted by Satan. There is no way the flight of the woman can apply to Jewish believers fleeing the destruction of Jerusalem at Jesus’ command. The fulfillment must rather be found in the atrocities endured by the Lord’s church in the Middle or Dark Ages. In short, the historical view is the view that best fits the predictions related to “time, times, and half a time.”

Tags:Interpretation of Revelation
previousInsight #177 — Time, Times, and a Half
nextInsight #179 — Comparing Egypt, Edom, and Israel