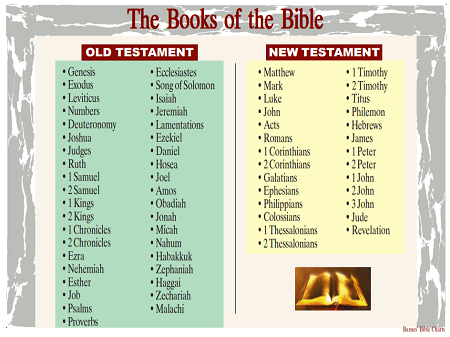 The two witnesses of Rev. 11 wore sackcloth, a sign of mourning, for 1,260 “days.” Since ancient times, some Bible students have considered these witnesses being the Old and New Testaments. In the third century, because it was the language of so many people, the Bible was translated into Latin. History records that the Bible was marginalized by Rome during the Middle Ages. It was removed from the people. Only priests were authorized to interpret it, with Rome the final authority. As Latin fell into disuse, and new languages developed in Europe, Rome decreed that the Bible must remain in Latin. Translation into the languages of the people, such as English, Spanish, and German, was a crime.

William Tyndale, in the sixteenth century, was the first to translate Scripture directly from Hebrew and Greek into English. For his labors, Tyndale was strangled to death while tied to the stake and his body burned. His dying words, “Lord, open the eyes of the king of England.” A century later, King James “authorized” the translation that bears his name. Tyndale is just one example of the OT and NT testifying in sackcloth for so many centuries. Whether you agree or not that such history fulfills the prediction of the two witnesses in sackcloth, we must thank God for the abundance of Bibles that we possess today in our own language.

The death of God’s two witnesses may be seen in the French Revolution. France, that bastion of Catholicism, rebelled against the Catholic Church. However, the Reign of Terror went deeper. Its “dechristianization,” was a campaign to eradicate Christianity itself. Church buildings were turned into stables, barracks, prisons, and revolutionary clubs. A huge statue of the Goddess Nature was set up in August, 1793. In October, all religious ceremonies outside churches were forbidden. Religious funerals were forbidden and cemeteries were to bear the inscription, “death is an eternal sleep.” A new calendar was introduced with a ten-day week, striving to destroy not only “Christian” holidays, but Sunday itself. In November, the great cathedral of Notre Dame in Paris was converted into a Temple of Reason, honoring Goddess Liberty. There were naked dancers in ruined churches. A national revolutionary religion had its festivals, altars, and martyrs.

This revolution, as well as the wars of Napoleon, had marked influences upon the history of Europe. The attempt to “dechristianize” France was short lived, but the dominance of Rome did suffer. France and the rest of Europe began to display more religious toleration. Persecution by the apostate church began to diminish. The two witnesses began to take off their sackcloth. The true church began to come out of the wilderness. All this history would seem to fulfill the 3 1/2 “days” (years) in Rev. 11, during which the witnesses were dead, followed by a victorious resurrection. Suggested dates are 1793-1797.

As the nineteenth century opened, Rome was weakened, but the Bible was strengthened. The apostate church was diminished, but the true church was fortified. Bible Societies sprang up all over Europe and the U.S. with the dual purpose of translating and spreading the Word of God. A new age of religious toleration sprang up. Protestantism had claimed to follow the Bible only, but its creeds and names belied the claim. In this environment in the New World, a movement arose to get back to the Scriptures and the Scriptures alone. While Bibles spread over the world as never before, so there spread a movement to get rid of all sectarian names, creeds, and organizations, and return to just the Bible. Truly, the two witnesses had resurrected. The Word of God was no longer in sackcloth, but rather exalted world over.

Whether you agree or not with this interpretation of the prophecy of the two witnesses, we have to appreciate this historic victory of the Word of God over the forces of apostate religion.