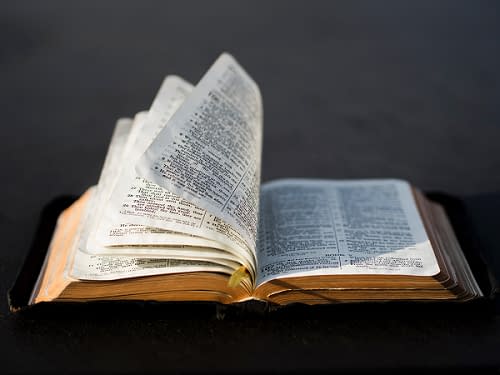 Aren’t infants precious? But nobody likes a 15-year-old infant. Isn’t a honeymoon wonderful? But life cannot stay there. Wasn’t God’s voice awesome on Mount Sinai? But God never spoke that way again. Wasn’t it great for the early church to expand from a stone to a mountain, as foretold by Daniel? But that cannot be repeated. You cannot start the Gospel afresh in the world again, anymore than grandparents can start their marriage over again.

Oh yes, it was tremendous to experience tongues, healings, and prophecies in the infant church. It was wonderful to have apostles and prophets as living authorities to look to for guidance. However, does that mean, as some suggest, that the church of today should attempt to experience all the things the infant church experienced? Have in mind that if anyone wants to do that, their first step will be to throw away their New Testament. However, before they do, they should consider if the physical presence of apostles and prophets kept the infant church pure and clean. Those who know their Bible, know the answer.

“Right under Paul’s nose,” the Corinthian brethren were getting drunk at the Lord’s table, taking one another to court, and fellowshipping a brother practicing incest. Paul did not rush over to correct the situation. Rather, he first wrote them a letter. Galatian brethren were preaching a perverted gospel. Again, Paul strove to correct the situation via a written document. The seven churches of Asia (Rev. 2-3) had much false teaching and immoral lives. John, in exile, wrote to them. Paul told Timothy, “These things write I to you, hoping to come to you shortly: but if I tarry long, that you may know how you ought to behave yourself in the house of God” (1 Tim. 3:14-15). Obviously, the apostles and prophets could not be every place at all times. The need for written documents, even while they were living, gave birth to our New Testament. We do have apostles and prophets in the church today — via their writings.

The rich man in Hades wanted someone to rise from the dead to warn his brothers. Wouldn’t that be an awesome testimony? Abraham disagreed with that proposal: “If they hear not Moses and the prophets, neither will they be persuaded though one rose from the dead” (Luke 16:31). Moses and the prophets had been dead for centuries. Thus, Abraham obviously was referring to their writings — our Old Testament. Moses was saying the rich man’s brothers had the Scriptures and that was testimony enough. Never underestimate the value of the written word.

Consider “doubting Thomas,” to whom Jesus said, “Blessed are they that have not seen, and yet have believed” (John 20:29). Two verses later, speaking of the many signs Jesus did, John said, “these are written that you may believe.” Written. Most people of the world in the first century were not in the right place at the right time to see what Thomas saw. The New Testament Scriptures were written precisely for this vast majority, then and now, who could not be there. Even the difficult book of Revelation opens with these words, “Blessed is he that reads” (1:3).

We have The Book. The infant church did not. God almighty planned that as the church moved from infancy into maturity it would be guided first by living authorities, then by documents written by those authorities, and finally by the collection of those documents into a Book — The Book — the greatest book in the world.

That is why these “newsletters” are called “Insight into Bible Prophecy” [written in 2009. Now they are called “Insight into Bible Truth,” with a wider range of topics]. I am no prophet. I pay no attention to present day prophecies. However, I am vitally interested in the prophecies in The Book, the Bible, the Scriptures. When Jesus appeared to the two on the road to Emmaus, He didn’t just say, “Here I am. Believe.” Rather, “beginning at Moses and all the prophets, he expounded unto them in all the scriptures the things concerning himself” (Luke 24:27). He coupled His physical presence with proof from written prophecy. Thank God for written prophecy! Thank God for The Book!