Insight #187 — Is Barak Obama the Antichrist? 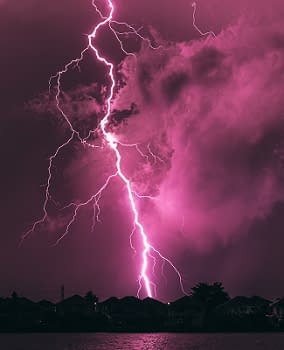 In recent memory, it has been Adolf Hitler, Bill Gates, and George W. Bush. Now it is Barack Obama. Who will be next?

Late last month (Oct., 2009), I received a forwarded email with the video: “Did Jesus Reveal the Name of the Antichrist?” Along the way, someone attached this note: “This may stretch credulity, but it is interesting. Let me know if you find anything to refute it.” This is not the first time I have seen items saying Obama is the Antichrist, but I paid them no attention. This time, because of who forwarded it to me, I took the time to check it out.

Here’s a summary of the video:
Jesus gave us the name of the Antichrist in code when He said, “I beheld Satan as lightning falling from heaven” (Luke 10:18). The Hebrew word “baraq” (Strong’s 1300) means “lightning.” The Hebrew word “bamah” (Strong’s 1116) is translated “heights” in Isa. 14:14, where Lucifer is speaking. “Heights” sounds like “heaven”; so, “baraq bamah” in Hebrew corresponds to Jesus’ remark of “lightening from heaven.” Conclusion? Obama might be the Antichrist.

Although the video might just be laughed off, let’s discuss the ideas seriously — to help those people…
1) who might be intimidated by such “scholarship”;
2) who allow themselves to be influenced by the mere suggestion, without bothering to investigate; and
3) who are turned off by such nonsense and thus go to the other extreme of rejecting all efforts to identify “the” Antichrist, 666, the beast, etc. Such persons need to learn to distinguish between nonsense and serious study of the theme.

So, let’s consider these facts:
1. The context of Luke 10:18 is about demons and Satan himself. It has nothing to do with any human antichrist.

2. Isaiah 14:4-24 describes the king of Babylon, under the name Lucifer. It is commonly claimed this text refers to Satan. In either case, the text has nothing to do with any end-time antichrist.

4. In Luke 10:18, Jesus makes not even a hint that he is offering a puzzle for which keys must be sought to find a name. In fact, Jesus gives the name: Satan. This is totally different from Rev. 13:17-18, in which the reader is invited to work a puzzle to figure out a name. It says: “the mark, or the name of the beast, or the number of his name. Here is wisdom. Let him that has understanding count (calculate) the number of the beast: for it is the number of a man; and his number is 666.”

5. In a disclaimer at the end of the video, the author tries to cover himself. He says he is not claiming Obama is the antichrist; rather he is just presenting the fact that “the correlations are striking” between certain Hebrew words and Jesus’ words. Common sense tells us such “correlations” mean nothing. And they mean less than nothing when the evidence is falsified.

Making plays on words can be a lot of fun. I do it a frequently (not with Bible words). It’s fun. It’s play. It has nothing to do with truth. This video makes a toy of the Sacred Text. Let us reject the ideas of those who play games with God’s Word. And, let us not allow the stupidities that flood the Internet to discourage us from serious Bible study.