Insight #188 — Any Specific Predictions in Revelation? 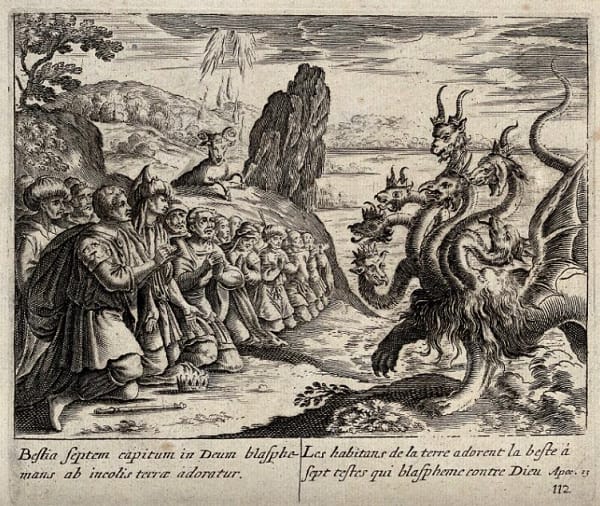 Upon hearing such absurdities as Barak Obama being the Antichrist, we may feel like rejecting all efforts to find fulfillment of Bible prophecy. We may tend to agree with the author who wrote: “It is foolish to attach a specific name (or country) to each horn of the beast… To do so is reckless… John deals with general principles of conflict between good and evil.” In his view, Revelation contains no specific predictive prophecy.

This method of interpreting Revelation is called the spiritual, allegorical, or idealist method. It sees the symbols of Revelation as having many applications throughout history. It rejects specific fulfillments. The spiritual method contrasts sharply from the other three main methods of interpretation: preterist, futurist, and historical. Even though they disagree on the time frame, these three views believe Revelation predicts specific events. Is one of these three right, or is the spiritual view the most plausible view?

A major feature of Revelation is the beasts. The book of Daniel is invaluable for interpreting animals in prophecy. Read Dan. 8:20-21: “The ram which you saw having two horns are the kings of Media and Persia. And the rough goat is the king of Greece: and the great horn that is between his eyes is the first king” (Alexander the Great, of course). The animals and horns are not general principles. They predict specific nations and kings.

Daniel 7 is even more pertinent because in Rev. 13:1-2 John saw a ten-horned beast like a leopard, bear, and lion. These are precisely the four beasts of Daniel 7. Dan. 7:23 says: “The fourth beast shall be the fourth kingdom upon earth.” Four specific empires in world history. Which ones? All agree the four beasts parallel the four parts of the image that Nebuchadnezzar saw. Daniel told Nebuchadnezzar: “You are this head of gold. But after you shall arise another kingdom… and another third kingdom… And the fourth kingdom…” (Dan. 2:38-40). Starting with Babylon, we all know the fourth kingdom is the Roman Empire. Since the beast of Rev. 13 has features of all four beasts, it must be Rome.

Speaking of the beast, Rev. 17:12 says: “The ten horns which you saw are ten kings, which have received no kingdom as yet.” Rome ruled when John wrote, but the ten-horn phase was yet in his future. Specific history is here predicted. Verse 18 says: “The woman which you saw [sitting on the beast] is that great city which reigns over the kings of the earth.” Here is mentioned a specific city, which in that context is not hard to figure out.

Time sequence is foretold when Rev. 12:14 says: “The second woe is past; and, behold, the third woe comes quickly.” This sequence began in 8:13: “Woe, woe, woe to the inhabitants of the earth, by reason of the other voices of the trumpet of the three angels which are yet to sound.” These three trumpets are spoken of as sequential. Is it not a fair inference that all seven trumpets predict a sequence of events?

Don’t give up on the effort required to understand Revelation. Don’t get mentally lazy, deciding it’s just all a general picture of the constant battle between right and wrong. Don’t let outlandish and fanatical claims push you to the opposite extreme of rejecting the very concept of predictive prophecy in Revelation. The so-called spiritual approach has no support in Revelation. From 1:3 to 22:19, the book of Revelation is a book identified as “this prophecy.” Revelation is a book of specific predictive prophecies just as surely as is the book of Daniel and just as surely as are the marvelous Messianic predictions of Isaiah.

Tags:Interpretation of Revelation
previousInsight #187 — Is Barak Obama the Antichrist?
nextInsight #189 — How to Enter God’s Kingdom