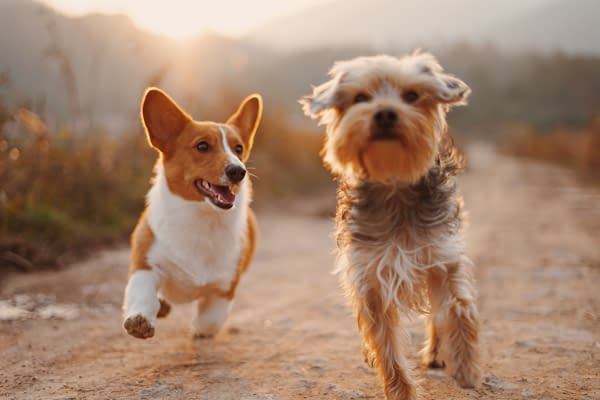 You’re awaiting the Rapture with great anticipation. But, what will become of Fido, Spot, or Max? Worry no more. “Eternal Earth-Bound Pets, USA” to the rescue [May, 2010]. For a measly $110, your dog, cat, bird, or rabbit is covered for ten years.

Is this a joke? That depends upon your viewpoint. While atheist Bart Centre was writing his book, “The Atheist Camel Chronicles,” he got to thinking how he could make a buck off of the rapture hysteria. On his web site, he says: “You’ve committed your life to Jesus. You know you’re saved. But when the Rapture comes what’s to become of your loving pets who are left behind? Eternal Earth-Bound Pets takes that burden off your mind. We are a group of dedicated animal lovers, and atheists… and as such will still be here on Earth after you’ve received your reward… For $110.00, we will guarantee that should the Rapture occur within ten (10) years of receipt of payment, one pet per residence will be saved.” Bart has over 100 clients, according to “The Bakersfield Californian” of 2/14/10, which a brother sent to me.

Of course, some people will read this and just get a big laugh, or a sigh, or hang their jaw in unbelief. But obviously, over 100 people have so far taken it very seriously. They have put their money where their faith is. So, let’s take a serious look. What’s wrong here? To me, the biggest wrong is belief in the theory that life continues on earth after the saints are raptured.

A major confusion arises because rapture teachers cite texts which only deal with believers when Jesus comes — texts which say nothing about what happens to unbelievers at that time. But in the parable of the tares, it plainly says that both groups will be present to the end of the world. It even says, “In the time of harvest I will say to the reapers, Gather together first the tares.” Gather the atheists first. Sorry, there will be no one here to care for your pets. Which reminds me of another word of the Lord: “as the days of Noah were, so shall also the coming of the Son of man be” (Matt. 24:37). And what happened to the animals outside the ark in the days of Noah? “Every living thing was destroyed which was upon the face of the ground, both man, and cattle” (Gen. 7:23). No one was left behind to care for pets. The wicked were destroyed at the same time the righteous were saved.

On a blog written about Eternal Earth-Bound Pets, I found a most penetrating comment: “Seems to me that everybody who really believes in the Rapture will be lining up for this. In fact, I’d question the faith (or humaneness) of anybody who doesn’t.” Excellent point. Put your money where your faith is. But wouldn’t it be better yet to believe Jesus rather than the theory teachers? Jesus, the One who is coming again, said, “Let both [wheat and tares, saint and sinner] grow together until the harvest.”