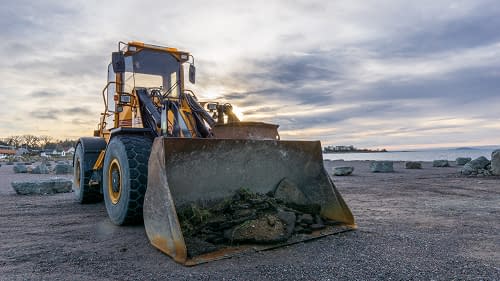 Take Micah for example. Over 700 years before Christ, Micah predicted, “But you, Bethlehem… out of you shall he come forth unto me that is to be ruler in Israel; whose goings forth have been from of old, from everlasting” (5:2). This prophecy is so literally exact that seven centuries later, Jewish scholars were able to point the Magi to Bethlehem to find the new-born Messiah.

In the famous 53rd chapter, Isaiah predicted about the Messiah, “He is despised and rejected of men; a man of sorrows” (53:3). Who does not know the agonizingly literal fulfillment, culminating with the crucifixion? Four verses later, Isaiah wrote, “as a sheep before her shearers is dumb, so he opens not his mouth.” The morning of Jesus’ crucifixion, in the face of false witnesses before the Sanhedrin, “Jesus held his peace” (Matt. 26:63). Later in the day, before Pilate, “the chief priests accused him of many things: but he answered nothing” (Mark 15:3). Isaiah 53 was literally fulfilled.

While Daniel was in Babylon, and Jerusalem was in ruins, the angel Gabriel foretold three events: “restore and to build Jerusalem… Messiah be cut off… destroy the city and the sanctuary” (9:25-26). Jerusalem was rebuilt, Jesus, the Messiah, was cut off, and 40 years later the Romans under Titus fulfilled the third event in A.D. 70. All literal-physical fulfillments.

These samples are just a few of the many Messianic predictions literally fulfilled by Jesus. But were all the prophecies related to His first coming fulfilled this way? My favorite along this line is “John the Bulldozer.” Never heard of him? “The voice of him that cries in the wilderness, Prepare the way of the Lord, make straight in the desert a highway for our God. Every valley shall be exalted, and every mountain and hill shall be made low” (Isaiah 40:3-4; Luke 3:2-5). Yes, John preached in a physical wilderness. But were valleys filled, mountains shaved off, and a new highway built? We all know this was not literally fulfilled. Rather, it picturesquely predicted John’s spiritual work.

Isaiah foretold: “Thus says the Lord God, Behold, I lay in Zion for a foundation a stone, a tried stone, a precious corner stone” (28:16). This is not a prediction regarding the walls or temple of Jerusalem. Rather, Peter tells us that this “cornerstone” is Christ (1 Peter 2:4-8). It did happen in literal Zion (Jerusalem), but Jesus is no more a literal stone than he is a literal lamb, or vine, or any of the other figures applied to Him in Scripture.

“Do you take the Bible literally or figuratively, which one?” This question is like the proverbial, “Have you stop beating your wife, yes or no?” In both cases, either answer puts you in hot water. (By the way, did you have any trouble with the figurative “hot water”?) We believe the prophecies related to the Messiah’s first coming were all fulfilled by Jesus. Some were literal predictions. Others were figurative predictions. We cannot force all prophecies into a literal mold, nor can we force them all into a figurative mold. Many false doctrines could be avoided by keeping the two possibilities in mind as each text is carefully studied.