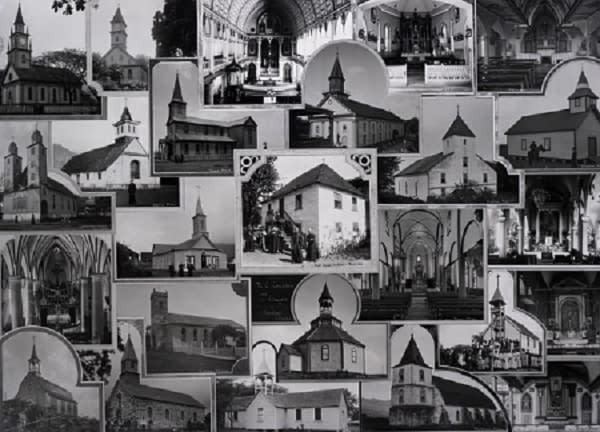 It is nothing unusual, therefore, to hear this prediction via Paul: “Now the Spirit speaks expressly, that in the latter times some shall depart from the faith, giving heed to seducing spirits, and doctrines of demons; speaking lies in hypocrisy; having their conscience seared with a hot iron; forbidding to marry, and commanding to abstain from meats” (1 Tim. 4:1-3). Two false doctrines are named. Both prohibit what God has not prohibited. The abstinence might seem to be spiritual by denying pleasures of the flesh. However, they are actually demonic prohibitions.

Discussing the issue of teachings which do not come from God, Jesus once said: “These people draw nigh unto me with their mouth, and honor me with their lips; but their heart is far from me. But in vain they do worship me, teaching for doctrines the commandments of men” (Matt. 15:8-9). At the end of the Bible we read this warning: “If any man shall add unto these things, God shall add unto him the plagues that are written in this book” (Rev. 22:18). One way of adding to God’s Word is to prohibit what God has not prohibited. And, as Jesus said, if we teach such human (demonic) doctrines, our worship of God is in vain, empty, futile.

We can find specific fulfillment of 1 Timothy 4 in the second century among the Gnostic sects. Irenaeus (A.D. 130 to 202) said this about some Gnostics: “Many offshoots of numerous heresies have already been formed from those heretics we have described. This arises from the fact that numbers of them—indeed, we may say all—desire themselves to be teachers… they insist upon teaching something new… To give an example: Springing from Saturninus and Marcion, those who are called Encratites (self-controlled) preached against marriage, thus setting aside the original creation of God, and indirectly blaming Him who made the male and female for the propagation of the human race. Some of those reckoned among them have also introduced abstinence from animal food, thus proving themselves ungrateful to God, who formed all things” (“Against Heresies,” Book I, Chap. 28).

Let’s make some important distinctions. In Romans 14:2-3, Paul teaches: “For one believes that he may eat all things: another, who is weak, eats herbs. Let not him that eats despise him that eats not; and let not him which eats not judge him that eats: for God has received him.” This upholds a Christian who has a personal conviction against eating meat — as long as he does not judge his brother. But, according to the Timothy text, if a person makes a doctrine of it and teaches that nobody is permitted to eat meat, that person is guilty of teaching a demonic doctrine.

The same distinction is true with regard to marriage. Paul was not married, and under certain situations he says it may be best not to marry (1 Cor. 7:26-28). However, he makes it clear that “should you marry, you have not sinned.” So anyone can decide to stay single and even advise people that under certain situations it may be better to stay single. However, to prohibit marriage is demonic.

Why are there so many churches today? Because men and women teach their own doctrines (demons’ doctrines) rather than God’s doctrine. They prohibit what God has not prohibited and they command what God has not commanded. It all started in Eden, as Satan fought against God; and it will not end until Jesus returns and casts Satan into the lake of fire (Rev. 20:10). In this world, there has always been religious confusion and always will be. It is up to each one of us to behave as the Bereans did when we hear anybody’s teaching. They were “examining the Scriptures daily, whether these things were so” (Acts 17:10-11). Let’s do the same. That’s how I see it. How about you?