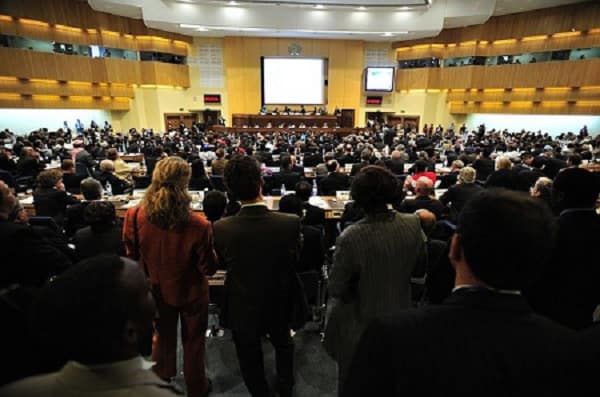 Hang on to your hat as I hallucinate. It was the year A.D. 68. The apostle Paul was watching developments near Jerusalem, very concerned about the Roman threat to his Jewish brethren. He decided to call a conference of concerned Christians. Speakers would include the apostle John, the High Priest Caiaphas, Apollos, and Herod Agrippa. The subject would be the security of the Jews in their homeland. The name of Jesus was not to be mentioned in the speeches. Nor would any effort be made to convert any Jews present. It would all be about Christian solidarity with the Jews.

A brother who receives Insight into Bible Prophecy sent me an article, “Meet the Christian Zionists,” which appeared in the 8/17/12 issue of “Israel HaYom,” a leading daily in Israel. Israeli journalist, Dror Eydar, present at the Summit, reports: “They repeatedly emphasize that they are not interested in converting Jews (this is in fact one of their clearest rules).”

How can thousands of evangelicals entertain such a rule? High on the list of reasons is their belief that the Jews are still the people of God. The common dispensational view (as popularized in the “Left Behind” series by LaHaye and Jenkins) is that Jesus was unable to set up His kingdom as planned on His first visit to earth. As a result, they say, God did something unforeseen in OT prophecy: He set up the church to function until He could get back to his original plans with His people, the Jews.

Listen to what “Pastor” Hagee (founder and national chairman of CUFI) told Israeli Eydar at the Summit: “You have given us the first family of Christianity — Mary, Joseph, and Jesus.” Can you fathom a leading evangelical preacher saying that? Sure, Jesus was physically a Jew; He was the promised “Son of David.” True, God used the Jews to bring Jesus into the world. But was it the Jews that gave us Jesus? My Bible says that “God so loved the world that he gave his only begotten son.” God gave us Jesus.

Hagee went on to tell the Israeli reporter: “Judaism does not need Christianity to explain its existence. But Christianity needs Judaism to explain its existence.” We can accept the second sentence. But the first sentence? How could an evangelical preacher make such a statement? What was Judaism all about? What if no Messiah had come? What if the Messianic predictions had not been fulfilled? Judaism without Christianity would be a cruel hoax. Judaism without Christianity would prove we are sinners and leave us lost in our sins! “No man is justified by the law” (Gal. 3:11). “The law was our schoolmaster to bring us unto Christ” (Gal. 3:24). Judaism was the vehicle God used to prepare the world for His Son and, through Him, bring in Christianity.

The Israeli reporter said the speakers repeatedly referred to Gen. 12:3, “which seemed to be the foundation for the entire scope of their pro-Israel endeavor… All you have to say is ‘Genesis 12:3’ and everyone understands.”

In reality, none of them understand Gen. 12:3. They only take the first half that says, “I will bless them that bless you and curse him that curses you.” They miss the second half of the verse: “and in you shall all families of the earth be blessed.” Do you know what the apostle Paul said about that? “The scripture, foreseeing that God would justify the heathen through faith, preached before the gospel unto Abraham, saying, In you shall all nations be blessed” (Gal. 3:8). It is the gospel — salvation through Jesus — which is our blessing from Abraham. God chose the Jews to physically bring Jesus into the world for our salvation and theirs.

Tags:Israel - People Of God?Israel in Prophecy
previousInsight #220 — “Soon” and “Near” in Revelation
nextInsight #222 — So Many Churches